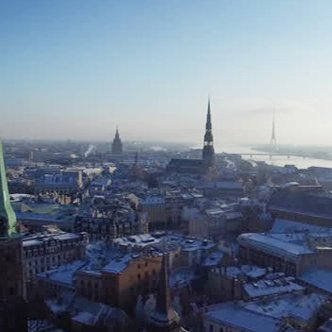 Canon, Councils and Caesars: Scripture, Tradition and Power in the Seven Ecumenical Councils of the Church

I thought it made practical sense to examine the process of theological construction during the Seven Ecumenical Councils of the Church (AD 325-787) in light of ‘present truth’ applications. To have a document on hand that detailed the content, trajectories and implications of the Councils would be a very useful reference for a historical theologian like me. Ecumenism was another motivator in the writing and found in the reality of my own Lebanese heritage; I was baptized within the Antiochian Orthodox Church[1] but educated within the Syriac Maronite Church of Antioch.[2] The longstanding divisions between the two Christian traditions and their love of pre-eminence saw some congregants take opposing loyalties in a horrendous shedding of blood through the twenty year Lebanese Civil War (1975-1995).[3] Could not a return to their common theological heritage helped broker peace for the nation during that time? Lastly as a Pentecostal teacher at Alphacrucis College[4] I believed it important to remind students that our movement did not emerge in a vacuum; it too rests on the theological foundations which the ecumenical fathers laid for it.[5] Therefore to research the relationship of Scripture, tradition and power in the Councils without applying lessons garnered to my context would mean half a task accomplished.

So I decided that my Master of Divinity research paper should be about this very topic; certainly its findings are too extensive to detail in this abbreviated Crucis article. But if I can have a shot at encouraging Pentecostal educators to reflect on the benefits of these Councils then its contribution would have been useful. The paper commenced with a reading of the proto-ecumenical council of Acts 15:1-31[6] noting the tridactic relationship of Spirit, Scripture and community within the process of hermeneutical adjustment and theological formulation.[7] This furnished a biblically-grounded means of testing and validating the conclusions of the Seven Councils. A discussion about the nature of historical theology and my choice of research methodology ensued, the latter comprising sources which reference Scripture, Church tradition and political power within the debates and creedal statements of the Seven Ecumenical Councils, secondary sources (historiographies) and historical surveys.

A preliminary timeline of the formation of the biblical canon was furnished in order to scaffold the discussion to come. An examination of Scripture, tradition and power in the theological currents from the period of the New Testament writings to that of the First Ecumenical Council in AD 325  (Nicaea I) followed. This section detailed ante-Nicene heresies and the early Church apologists and polemicists that arose in defence of the Christian faith. Such themes organically lead to a discussion of the interrelationship of canon (Scripture), episcopacy (tradition) and state (power) and their convergence at Nicaea I. An analysis of the Seven Ecumenical Councils followed- their spokesmen, deliberations and trajectories- keeping the role of Scripture, tradition and power in view.[8] The testing and validating principles within the Acts 15:1-31 event remained as the hermeneutic through which ecclesio-political power was analysed even when the latter dominated the ecumenical conversation threatening to weaken the Church in her charge as “the pillar and the ground of the truth” (1 Tim. 3:15). This enabled a more proleptic hermeneutical lens in the application of lessons of Church history for our time; I had in mind  our continued presence around the ecumenical table as we contend for the unity of the faith and the knowledge of the Son of God (Eph. 4:11-13).

The last section comprised a discussion of lessons garnered from the theological process commencing with a brief survey of successive ecumenical councils up to the present particularly within modern Pentecostalism. Such gatherings are essential in the face of adversarial doctrinal winds that constantly plagued the modern Church (4:14).  In fact Alphacrucis College recently hosted the Fourth Session of the Reformed-Pentecostal Dialogue, a welcome example to the Australian Pentecostal Church.[9] An excursus to a classical biblical passage on ecumenism (Joshua 22) transitioned the research findings to their conclusion: the essential contribution of the early ecumenical councils in the theologically formative stages of the Church. I hope we can enjoin these ecumenists by concluding that “It seemed good to us and to the Spirit” (Acts 15:28) as we seek to strengthen the foundations of the doctrine of Christ in our generation.

To be sure this period evidenced all sorts of distortions as the voices of tradition and power sought to stand over the Word yet God was bigger than human theological constructs, His loving superintendence clearly evident in that period of ecclesial history. His Word resists being cajoled, distorted or enchained to the dictates of power and tradition (Ezek. 14: 1-11; Acts 15:1-31; 2 Tim. 2:8-9) so despite the propensity of tradition and power to dominate the hermeneutical-theological process the benefits of these early ecumenical events cannot be denied. Rodman-Williams reminds us that all creedal statements in Church history are fallible in light of the infallibility of Scripture yet because the Holy Spirit has been at work this period should evidence “His imprint on much of what has been formulated.”[10]

One cannot overestimate the witness of the gathered fellowship even in the process of canonical formation. Greer notes that the notion of a Christian Bible can only be articulated with confidence from the period of Irenaeus (AD 180) whose writings speak of the existence of the “Great Church” governed by bishops, presbyters and deacons. [11] In his work Against Heresies, Iranaeus, apologist and bishop of Lugdunum in Gaul, writes:

For the Churches which have been planted in Germany do not believe or hand down anything different, nor do those in Spain, nor those in Gaul, nor those in the East, nor those in Egypt, nor those in Libya, nor those which have been established in the central regions of the world. But as the sun, that creature of God, is one and the same throughout the whole world, so also the preaching of the truth shineth everywhere, and enlightens all men that are willing to come to a knowledge of the truth. Nor will any one of the rulers in the Churches, however highly gifted he may be in point of eloquence, teach doctrines different from these (for no one is greater than the Master); nor, on the other hand, will he who is deficient in power of expression inflict injury on the tradition. For the faith being ever one and the same, neither does one who is able at great length to discourse regarding it, make any addition to it, nor does one, who can say but little diminish it.[12]

Church life centred on the practices of communion and baptism and its faith was delineated as ‘apostolic’ based on its sacred writings and on the “Rule of Faith.” The Hebrew Septuagint and those New Testament writings which evidenced apostolicity were its Bible with these decisions made gradually made by the “Great Church.”[13]

Theology is a prophetic task and as such comprises a constructive and deconstructive element; the book of Ezra a wonderful case in point (Ezra 7-10). Having been entrusted with the task of rebuilding covenantal-theological praxis Ezra the scribe understood lessons from history and so should theological constructionists today. Wrested from the study of ecclesial history theology can lose the ability to speak to its context in a movement of affirmation or rebuke since it ignores historical-theological currents that gave it contour in the present. To be sure the Scriptures are sufficient for us but do they not comprise a historical and sure witness of the movement of the Spirit as He testifies of Jesus (Rev. 19:10) in periods of intense theological controversy? Erickson notes well that failure to recognize hermeneutics is influenced by the intellectual milieu and theological thought by culture can result “in a case of intellectual presbyopia.”[14] A reflection on past historical thinking in the Church will help us avoid such a scenario.

Our unity is forged on the theological certainty of the grace of God revealed in Jesus Christ; our ‘meat’ is the doctrine of Christ (Heb. 6:1-3). This why some of the early ecumenists were spiritual giants; their theological strivings were always to the end of giving more language with which the ecumenical fellowship can worship Christ. The first four Councils were of vital import to a Church in formative stages of theological construction and were themed around the great doctrines of Trinity and Incarnation. Reflecting upon them hopefully encourages our family of Pentecostal churches to keep contending for the ‘faith once delivered’ (Jude 1:3) within the context of theological refinement. Pentecostals have a particular self understanding; they see themselves as a ‘now’ people of God striving for the ‘now’ word of the Lord in context of the ‘new’ thing He is doing. Perhaps in looking back to the early ecumenists we can discern the prophetic action of the Spirit upon this period which continues in reverberation of the great doctrines of Trinity and the Incarnation. So it is ‘back to the future’ for us so to speak; to be an ecumenist is to be at once a historical theologian and pneumatologist within the one, holy, universal, apostolic Church.

Micheline Facey is a trainer, assessor and lecturer in Vocational Education and Training (Cert IV in Ministry, Diploma in Ministry and Diploma in Leadership programs) at Alphacrucis College.  She is passionate about equipping an emerging leadership generation in the experiential realities of the doctrine of Christ (Heb. 6:1-3).

[1] Details regarding the Antiochian Orthodox Archdiocese of Australia, New Zealand & the Philippines, its history, leadership, doctrinal affirmations and parishes can be found on their website: http://www.antiochianarch.org.au/ [Accessed May 24, 2016].

[2] Details regarding the Syriac Maronite Church of Antioch, its history, leadership, creedal statements, practices and parishes can be found on their official website: http://www.bkerki.org [Accessed May 24, 2016].

[3] A detailed article on the nature of the militia wars during the Lebanese Civil War (1975-1991) and their connection to the religious factions within the nation is detailed in “Lebanon’s Militia Wars”, a collaborative article by The Foundation for Defence of Democracies website: http://www.defenddemocracy.org/media-hit/lebanons-militia-wars1/ [Accessed May 24, 2016].

[4] I have served for ten years as a Sessional Trainer and Assessor within the Diploma in Ministry program at Alphacrucis College in Parramatta, NSW. Alphacrucis College is the official training institution of the Australian Christian Churches (ACC), formerly the Assemblies of God in Australia. Refer to their website: http://www.ac.edu.au [Accessed May 24, 2016].

[5] Most contemporary Pentecostals view Wesleyan Methodism as a precursor movement to their own and the 1906 Azusa Street Revival in Los Angeles as the event which spawned Pentecostalism in the USA and beyond. Pentecostal distinctives include Spirit baptism (evidenced by speaking in tongues) as a repeatable event, prophecy and holiness. Pentecostalism views such realities as subsequent to the salvation experience in a believer’s life.

[6] All Scripture references and quotations in this essay are taken from The Women of Destiny Bible: A Spirit-Filled Life Bible (Nashville, Tennessee: Thomas Nelson, Inc., 2000).

[7] I have borrowed the categorizations of Kenneth J. Archer (a contemporary Pentecostal hermeneut) in my description of the interrelationship of Scripture, tradition and power in the process of theological formulation. Archer utilizes the term “tridactic, dialogical relationship” in his construction of a Pentecostal hermeneutic that comprises the Holy Spirit, Scripture and Community in tridactic negotiation for the making of meaning. See Archer, Kenneth J. A Pentecostal Hermeneutic: Spirit, Scripture and Community (Cleveland, Tennessee: CPT Press, 2009), p. 213.

[8] It is important to note that not all Christian traditions accept the Seven Ecumenical Councils and their creedal statements. The Nestorian (Eastern Church) accept only the first two and the Pentecostal Oneness/Non- Trinitarian Churches reject all seven.

[9] The Reformed-Pentecostal Dialogue was held from November 30 – Dec 6 at Alphacrucis College in Parramatta, NSW.