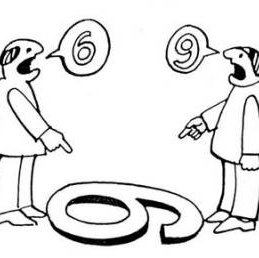 “But that’s not what I meant!” – The Elusive Gap between Perceptions and Intentions in Communication

Have you ever been in a conversation that went something like this?

Other Person: I can’t believe you said that! It really hurt my feelings.

Other Person (agitated): How could you not know that would hurt me?

You (perplexed): I really didn’t mean to hurt you. I was just trying to say what I thought about the situation.

Other Person (scoffs): But you should’ve known how I would take it. I mean, please – it was obvious.

You (now desperate to be understood): Really, I only intended my comment to be helpful. I honestly didn’t mean to hurt you.

This could go on, but I think you get the idea. I imagine many of us have had variations of the aforementioned conversation with a spouse, friend, colleague, or acquaintance. This vein of conversation illustrates a disparity between the intention behind what someone said and the perception of what was said.

Perception is the process by which we understand the world around us.[1] This process is influenced by our past experiences, our cultural upbringing, personality, social context, and even our mood at the time when something is being perceived. For example, you may be better at coping with bad news when you are in a physically and emotionally healthy place (“Oh well, I’m sure everything happens for a reason”) than when you are already discouraged or feeling unwell (“Why does everything go wrong for me?!”). Cultural influence on perception is aptly illustrated in our perception of polite and rude behaviour. Bold eye-contact during communication may be perceived as an indicator of confidence in one cultural context whereas the same behaviour may be perceived as disrespectful in another.

The role of perception in communication cannot be overstated. Those of you who are thoughtful communicators may often spend considerable time thinking through how to phrase something – particularly when you are about to have a tricky conversation in a pastoral care situation or a conflict situation with a friend, for example. You may choose your words carefully, pick a time that is appropriate for the conversation, and present your message in the least offensive way you could imagine. And yet – you may have had experiences where your well-intended message resulted in great (perceived) offense. You may even had experiences where you thought everything went well, only to find out later that the person with whom you spoke was deeply hurt or offended and had thereafter chosen to avoid you.

The challenge with interpersonal communication is that we have an illusion of message-control. In other words, we often put great emphasis on the intention of the message, carefully crafting it to best convey what is intended. But of equal (or arguably greater) importance is the perception of the message. In other words, no matter how well-intended our message, the only message to which the other person has access is how s/he perceives what we said (or did). Our well-intended message is filtered through the socio-cultural, experiential, and contextual lenses of the other person before s/he hears it. And this gap between intention and perception has the potential to cause great frustration and hurt on both sides.

What then can we do to bridge this gap between intention and perception in communication? Here’s is a suggested S.T.E.P. toward this goal:

About the Author: Lily Arasaratnam-Smith is a Professor of Communication at Alphacrucis College.