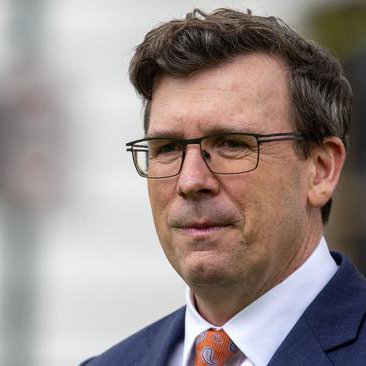 Since the creation of the Australian federal education portfolio in 1963, there have been 26 ministers: placeholders, buffoons, political animals and true believers. The average tenure has been around two years. Few have arrived in the role with significant experience in education or a coherent plan, and even fewer have made a significant impact over the long term.

The recent pre-Christmas cabinet shuffle, however, has seen a significant shift with the appointment of Alan Tudge to the education ministry. For the first time in many a year, someone long fanatical about education, who has worked in education, has been appointed to the federal ministry of education.

We haven’t seen this level of prior obsession since Julia Gillard took the reigns as minister in 2007, with her fully formed plan for a national curriculum, NAPLAN, My School and the Gonski review. Previously, lasting, massive changes were made though the long and transformative tenures of Susan Ryan and John Dawkins in the Hawke-Keating government, and of course the whirlwind 14-day tenure when Gough Whitlam appointed himself as minister for everything in 1972. But such impact has been rare.

Note, all of the latter were from the political left. The Liberals in general have produced some good pragmatists who keep the schools running without too much fuss: the most recent two, Dan Tehan and Simon Birmingham, and, under John Howard, Brendan Nelson and David Kemp.

However, the roll call of Liberal ministers of education has had far too many with no background or plan, who served too briefly, and quickly reduced enterprises of great pith and moment to dismal seasons of entrenched bickering with educators. Since Gillard, the average tenure of a federal education minister has been one year and eight months.

Normal, well-adjusted young Liberals would have settled into a good law office and waited for a safe seat. But Tudge, even before he formally joined the Liberals in 2001, was the first corporate secondee for the newly minted Jawan Foundation, an organisation that finds and sends government and corporate experts to assist in improving quality of life and education in remote indigenous areas.

His first role as political staffer in 2002 was as senior education adviser to then Education Minister Brendan Nelson. In 2006, long before all the other young colts started eyeing off the safe seats in the fallout from the 2007 conservative election loss, Tudge trudged off into the wild tropical north for three years to become deputy director of the Cape York Institute, Noel Pearson’s incisive indigenous Good to Great Schools movement.

This was hot, humid, ideologically motivated work at the lost fringes, trying to do something tangible to solve Australia’s greatest educational crisis. Tudge must have wondered, to the distant sound of cassowaries grunting through the sassafras, what his power-hungry peers were scheming in the cool, blue-hearted centre of Melbourne Liberal party intrigue.

In 2009, with his colleague from Boston Consulting and the Cape York Institute, Melodie Potts Rosevear, Tudge became a founding board member of Teach for Australia. And when he won the Melbourne seat of Aston in 2010, Tudge’s first obsession was education: House of Representatives Standing Committee on Education and Employment; convener of the Liberal Party Education Policy Forum; member of the Liberal Party Education Committee.

From the moment he opened his parliamentary mouth in his maiden speech, Tudge was in earnest: pumping out feature articles and giving speeches in his first two years, many on education: Indigenous, regional, teacher training, literacy, testing, funding, the whole nine yards. These pieces are full of coherent plans for national education that no-one was asking him for. Having served in two other ministries since, it would be fair to speculate, that Tudge has now realised his self-conceived political destiny.

However, his 20-year obsession with education is not part of the normal narrative. Tudge did not move through the ranks of teaching, nor the teaching academies, nor the teaching unions. For the first time in our history, a minister has arrived with an education philosophy shaped by radical, coherent, and robustly field worked educational neoliberalism. Some previous ministers have been hard-line neo-liberals — Christopher Pyne probably the most theatric — but none have had a particular plan or deep understanding of education.

Tudge’s unerring belief in liberalism — the power of individual autonomy and the free market — is evidenced in all his major educational moves. The indigenous policy space was previously the domain of the left, but Pearson’s Cape York Institute has robustly, intelligently — and often controversially — brought liberalism into the indigenous education policy space as an alternative to the dominant social democratic theories of centralised universal schooling.

Teach for Australia is likewise intrinsically liberalist. The program recruits a talented individual trainee teacher, fast-tracks them, pays them more, and sends them into a failing situation to save the day. It is intrinsically anti-collectivist: the power of individual capacity to intervene, in spite of what the neo-libs perceive as the hopelessly bureaucratised, left-leaning, overcentralised, over-unionised education systems and universities.

Under recent liberal governments, both state and federal, Teach for Australia, has been imposed into teacher training and across the teaching industry, to the almost universal dismay of teaching unions and university education faculties, along with a raft of other unsolicited school autonomy measures. Follow the thought lines back across a decade and it all traces back to Tudge.

As a former teacher and now teacher-trainer, it is abundantly clear to me that Australian education has needed a shake-up. However, while it was a decisive and disruptive first step, the small scale and individualism of programs such as Teach for Australia and Good to Great schools are not governing solutions. They will not solve regional educational disadvantage. Local autonomy is desperately needed, a higher quality of teacher recruit and training, better pathways for students, and a far greater partnership between schools and tertiary education faculties. However, without a whole-school, teaching team-building approach, and without stabilising regional teacher tenure, in stable, well-shaped communities of learning, the problems will continue.

So long as Teach for Australia seeks to recruit and send teachers to areas of disadvantage, the approach will not provide a national solution. A critical mass of teachers need to be recruited from those areas, trained in-situ, and incentivised to stay, in high-performing teams. This is particularly the case for rural and remote education, which needs local, well trained teachers, rather than a revolving door of keen white youngsters from Sydney who stay for two years, and then leave forever: Seagulls, as they are unaffectionately called by the locals in north west Tasmania.

The readiness is all. Tudge has been education minister for less than a month but has been thinking hard about the job for over 20 years. We shall see if this is enough for him to have his name added to the small golden honour role of true believers who have made a real difference as Australian education minister.

Dr David Hastie is associate dean of education at Alphacrucis College and previously taught in rural and urban schools for 18 years. This article first appeared in The Australian on 26th Jan 2021. Photo: Sarah Matray