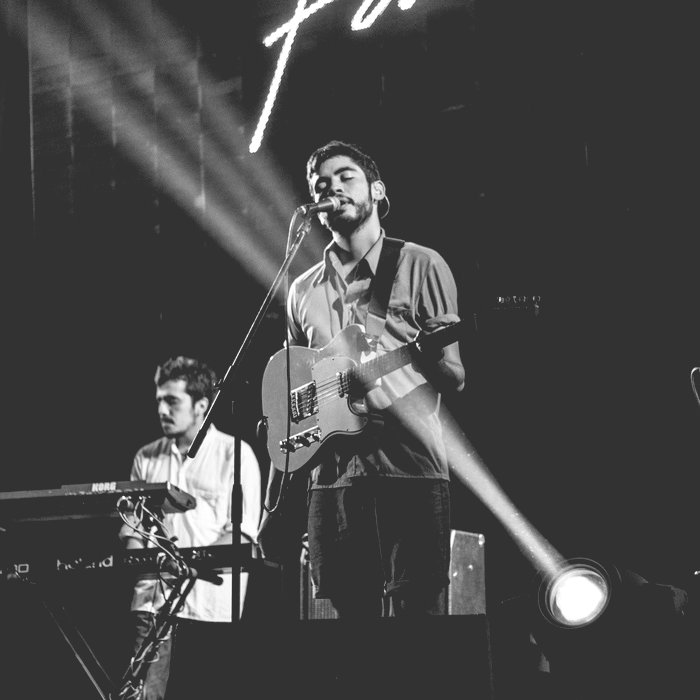 Ambivalent fame: Insights from the most sung composers of contemporary congregational songs

I imagine that most people reading this have an opinion about songwriters of contemporary congregational songs. With the world of modern media, many feel a significant connection to those who appear on their screens or on the influential platforms or large churches/conferences.  This is further enhanced when music is involved, as it has the capacity to connect people in a profound way.  The question is, how accurate are those assumptions about ‘famous’ worship leaders and songwriters?

As part of my doctoral thesis research, I undertook interviews with six popularly sung composers of contemporary congregational songs (CCS), namely, Matt Crocker, Mia Fieldes, Ben Fielding, Tim Hughes, Matt Redman, and Darlene Zschech. While often interviewed by the popular press, these writers/performers are rarely personally engaged by academia.  This article draws on personal interviews with each writer to explore their perceptions of songwriting for congregations, their writing practices, experiences, intentions, and their reflections on the individual songs that have been appropriated by churches world-wide.  The interviews reveal that these songwriters have a complex and ambivalent relationship with the songs they write, Christians’ engagement with their songs, and the industry that supports them.

Joshua Busman, whose doctoral thesis focussed on the Passion Conference, also raises this issue in his paper for the Fandom and Religion conference in Leicester, UK, July 2015:

In a 2007 interview, Tomlin noted, “I would never consider myself a worship superstar—nor do I know what that is. I am a worshiper of the Almighty. That’s enough to keep anyone humble.”[2] This disavowal, however, often has something of an opposite effect. John Styll, former president of the Gospel Music Association, noted in an interview that “Chris [Tomlin] doesn’t come off as someone who’s striving to be a star. Neither does [Passion worship leader David] Crowder. And people reward them for that by making them stars.”[3] If being “authentic” within a given subculture involves disavowing one’s involvement in musical production, then that is precisely the gesture which will engender audience appreciation.

So what’s the truth? ‘Famous’ CCS songwriters/worship leaders exuded an air of genuine humility in both my interviews with them, and my personal relationships with a number of them.  Such humility, genuine or practiced, I argue, is actually important to the genre.  Worship leaders who exude a self-centred, self-important air, potentially limit their opportunities on church platforms as it conflicts with the expressed theological object of worship, namely God.  However, as the aphorism goes, actions speak louder than words.  Hence, one might wonder, as Busman does, how genuine is this redirection?  This question is particularly relevant given celebrity worship leaders’ very protective, selective and co-supportive platform-sharing.  And if their humility is entirely genuine, are they simply ‘recipients’ of the wider cultural practice of celebrification?

Composing CCS may involve some level of isolation in parts of the process, but many factors influence these composers and their songs. They often inhabit an array of roles across church, family, and work, both professional and personal.  In their interviews, the responses to how these roles influenced their song writing were diverse, but the ‘life as worship’ metaphor was common.  Zschech poetically articulated, “I would say that all of life’s experiences help write the songs that flow from within. The Word of God is the standard, and our life woven within each page is the framework.”  Redman similarly stated, “it’s all an expression of worship, isn’t it?”  Candid honesty was apparent from all, exemplified in Fielding’s response:

Family’s an interesting dynamic, when I got married, it was an interesting transition, because I lost my personal space, in the sense that… I got so much more, for the record! (laughs) But there’s a shift in the dynamic of the home and your writing environment. Same having a kid… I think being a dad changes your outlook on the world.  Maybe that’s why “I believe in God our Father…” (laughs) [I’m writing more] father songs.

Each of these CCS songwriters has experienced significant success with a number of their songs. I asked about their perceptions of that success, and their ability to predict it.  Hughes tells the tale of his 2007 worship album entitled Holding Nothing Back, based on the thought that that was a key song and its theme ran through the rest of the album.  However, the big song from that album turned out to be the opening track Happy Day, which when he went to do the next ‘best of’ album, was clearly “the song everyone knew”, and thus became the title track of the 2009 release.  Hughes goes on to affirm that one never really knows which songs are going to take off.

I posed the possibility to Hughes that part of the success of many CCS was their profile on prominent ministry platforms (significant churches, conferences, events). Hughes agreed that worship leaders were more likely to introduce songs they had experienced in a live worship environment, rather than those they had only heard on a CD.  Hughes agreed, noting that with “the Hillsongs, the Passions, you’ve got a massive advantage, cause you’re gathering bigger people, bigger… and there’s nothing wrong with that, that’s just the reality.”  However, he balanced that thought with his own experiences of Here I am to Worship: “I was at university studying History when I wrote it, no one had a clue who I was, and yet… God took hold of it and it goes all over the place.”

Any suggestion that CCS writers are pursuing Christian Copyright Licensing International (CCLI) chart status is immediately rejected by them. Such distancing from monetary matters might be partially because a pecuniary interest in writing CCS portrays a negative light on writers who are arguably writing as an act of worship.  It may also be because these writers are those who have already ‘made it’, and thus, the drive to achieve that goal is no longer forefront.  Of course, they may genuinely not be interested in the financial implications of CCLI success, but then perhaps it is easier to espouse noble motivations when the cheques keep rolling in.

In regards to this, Hughes concluded, saying:

I guess I’ve never ever wanted to get to the place where I’m writing to have another big CCLI song, that actually I’m writing because that’s what’s pouring out, and that’s what feels is connecting, or is part of the journey of our church here. And trusting God.  I’ve seen it a fair bit, particularly in the American scene, where everyone is trying to write the big CCLI track and the songs seem hollow to me.

I just honestly just try to write my heart out now, not trying to be a predictor of what’s going to work, what doesn’t work. A couple of songs that have gone out the furthest for me and the widest, 10,000 Reasons and Heart of Worship… I didn’t have a huge amount of confidence in either of them, if I’m being totally candid.  I thought 10,000 Reasons was maybe a bit too simple, there’s nothing progressive.  It didn’t even have Bridge or a Chorus, there’s only 4 chords or so.  Was it too folky?  I didn’t know.  And Heart of Worship I thought might have been too personal.  So it’s interesting.  I think what you’ve got to try to do is write your heart out, but serve the people.

As these songwriters’ words illustrate, even the premise of ‘predicting success’ is seen negatively by key CCS composers if it is attached to its commercial implications.

Success is also often spiritualised as Fielding articulates in a common refrain for key CCS writers:

I’m completely dependent on God for anything that’s good. ‘cause I literally will go, OK what’s the next song I’ll write?  I don’t know.  I don’t think I’ll ever write another song that’s any good.  And it’s really the grace of God:  Here, I give you this to write.  And so, I know I could get really distracted by going, well… what’s the formula?  And I don’t think there is one.

Similarly, Fieldes discussed the fact that she writes over 100 songs every year, and with such a slew of works, the majority do not make it onto albums, let alone achieve the optimal influence and acclaim for which she thought some had. In reflecting on this, she said, “some of those have been just down to timing and sometimes the song just wasn’t as strong as I thought it was… If it’s meant to work, God will make a way, and in the meantime, write a new song.”

Note the theme of divine intervention for songs to achieve their zenith. Certainly from the perspective of these writers, CCS success as a goal is a dangerous one, and a folly, given that their experiences.  While at the same time, there seems to be an inherent awareness of a song that has potential, and very assiduous processes to maximise that potential.

Based on these interviews, of which this article can only touch on a very small portion, key promulgators of CCS seem to demonstrate similar attributes and attitudes when it comes to their roles and public persona. Though aware of other’s perceptions, they do not project themselves as ‘famous’, nor do they actively promote their own fame.  Although, one might argue that touring and protecting their authorising platforms (such as their church or conference platforms) is a form of brand promotion.  They are quick to deflect the worship that might settle on them and to redirect it to the ‘Famous One’ – God – the object of Christian worship.  In practice, they perform in contexts that inevitably promote their persona.  Popular music performance contexts undoubtedly confuse issues surrounding fame and celebrification of worship leaders.  Given the connection between the CCS genre, its audience/performers, and its relationship to Western popular music, this ongoing process of negotiation is to be expected.

While these worship leaders and songwriters are financially rewarded, given large international platform opportunities, and featured visually or nominally in advertising related to their own worship products, these personal interviews reveal the ambivalent relationship they have with their prominence, with their songs, with the congregations that sing them, and with the industry that supports them. Popular press tends to either reify or demonise such prominent figures.  These interviews and the analysis of them paints a nuanced, complex, and therefore an arguably more accurate picture of them and the significant role they play in the world of contemporary Christian worship.