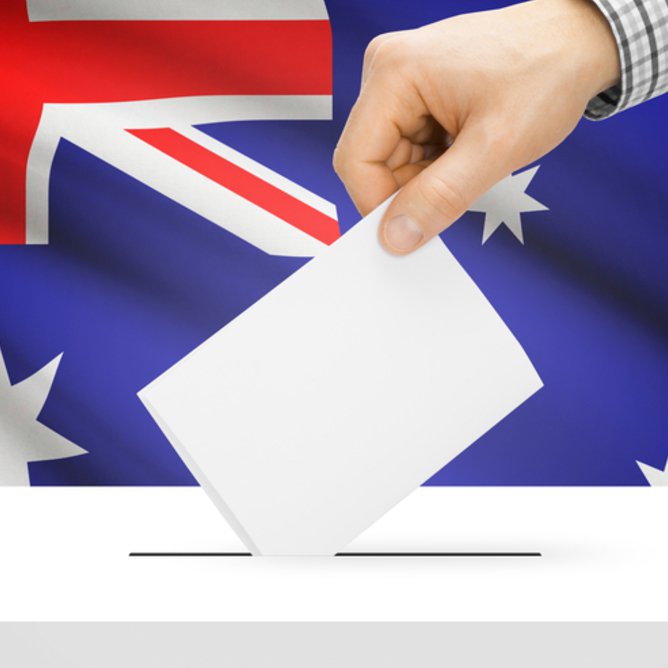 The Australian Election: A Moment or a Movement?

I was annoyed. ‘What a pathetic example of parenting!’ my silent thoughts judged. I stood in the queue at the local primary school waiting to cast my vote, with the familiar smell of sausages and onions tracing the air, beckoning me to have a pre-lunch lunch. The woman in front of me continued to answer her child’s question as to why they were there. ‘Oh, its’ just stupid voting, it’s a waste of time,’ she replied. Now my indignation was rising. Was she kidding? How could she say that? People die for the right to be able to have a say in who governs them. How would she like to live in a country with no say and simply be dictated to with no recourse? Did she not understand the power of the people and the privilege it is, especially as a woman, to be able to vote?! Clearly not. I would discuss this with my children, I mused, once I was out of this ‘morally-incompetent’ woman’s earshot.

The Moment or the Movement?

Years later, I still agree with my indignant self and have indeed taught my kids (cue - child eye roll) about the importance of our voting choices. Yet now, the judgment that located my moral high-ground to a mere moment - the vote – seems somewhat trite. Had I turned the voting moment into an easy ‘tick-the-box’ justification of my political and social engagement as a Christian, yet failed miserably to move in the years between votes?

Moments are immediate. Moments are decisive. Moments can change trajectories. Moments are important. Yet, human moments of decision and action are the visible sign and expression of something far more foundational – the movement of one’s being. In the beginning of John’s Gospel, Jesus is described as the Word (logos), the Word of the Father, the communication of God’s generosity to us –

“the Word became flesh and blood and moved into the neighbourhood. We saw the glory with our own eyes, the one-of-a-kind glory, like Father, like Son, generous inside and out, true from start to finish.” (Jn 1:14 Msg)

Jesus, as Word, is the tangible sign and expression of the truth and movement of God’s self-giving nature. Jesus was, however, no mere singular Word, a fleeting moment. Rather, he was a speech-in-action. Not only that, he invited us into a divine conversation, a participation in his generous, self-giving nature, where we also become living agents of the communication of God’s generosity in an egocentric world. Like a book being published, or a letter being read, our lives need to be more than a mere word, or vote. Our lives, written by God, “not with ink, but with God’s living Spirit” (2 Cor 3:3 Msg) should always be moments driven by the movement of who and how God is.

Self-Giving of the Triune God

I am always a little uncomfortable when Christianity is described as a monotheistic religion. Yes, Christians believe in the One God, not a plethora of gods, yet, the distinct marker of Christianity from other mono-religions is that it announces a human participation with the Triune God. Christians converse with the One God who has, through Jesus, revealed himself to be One-in-Three and Three-in-One; Father, Son and Holy Spirit. Unlike a mono-God, a Triune God has the metaphysical characteristics necessary to eternally be love. How? Because love is an action, a movement towards the other. Love is not a static state of being, nor mere feeling. Love acts. Love is dynamic. Love takes the time to explain the importance of voting (yes, those voting discussions with my kids were love!) And so, we understand, that the eternal self-giving love relations between the Father, Son and Spirit, is the nature of God.

Think about it - prior to creation, a singular mono God could not be love, unless this God had mono self-love, which would be a description, not of love, but of narcissism. Scripture, however, gives us a description of the dynamic loving relations of the TriuneGod. Such descriptions are indeed understood as the self-revelation of God. God is not different in the world as God is eternally. If God was different in the world from his eternal being, we would not have a self-revelation of God, rather we would be left guessing as to who God really is. As it is, through Jesus, we see a demonstration of who the eternal God is and how he is. We see that Father, Son and Spirit are always self-giving and other-centred. We also see that such self-giving and other-centred love constitutes the life of God. If these are the characteristics of divine life, which authors all life, we must conclude that there is no true life without self-giving. Jesus himself articulated the symbiosis of self-giving and life – ‘those who lose their life for my sake will find it’ (Mt 16:25 NRSV).

For Christians the re-orientation of our lives towards the Triune God should not merely be articulated in the moment of our voting. Rather, our engagement for the common good of our political and social environment should be a continual movement of speech-in-action.

Re-orientating our Lives to the ‘Other’

Recognising and knowing the movement and nature of God as self-giving and other-centred love, should move Christians towards the inevitable re-orientation of our lives. Worship is the definition of such a reorientation.[1] That which we worship becomes the centre and value of our life. Kim Kardashian fans imitate that which they ‘worship’. And so, reorientating towards Kim’s values, her fans seek out enhanced filler fish-lips and butt implants, not as a mere moment of choice, but as the consistent content of one’s jeans and beauty regime. For Christians the re-orientation of our lives towards the Triune God should not merely be articulated in the moment of our voting on 18 May 2019. Rather, our engagement for the common good of our political and social environment should be a continual movement of speech-in-action.

One such issue that demands greater consistent attention from Christians is the abysmal state of our communal giving towards the alleviation of foreign poverty. As it stands our Government only provides 21 cents in every $100 or 0.21% of GNI. Comparatively, the UK provides 70 cents in every $100 or 0.7% of GNI towards official development assistance (an amount equal to the UN target goal since the 1970s). Such a frugal monetary contribution from our Government should convict Christians to morally move for the ‘others’; for those who are alone, hungry and naked, and subject to living a mangled wreckage of what it means to be made in the image of God. For Christians, the reorientation towards God requires a turning towards other human beings. In ancient times, the treatment of the three-dimensional image of the god (idol) was worship of the god. Analogously, for us, how we serve God’s image (humanity) is a reflection of our commitment to God (Mt 25:40-45). Make no mistake, such a turn toward our fellow divine image-bearer is authentic worship.[2] God requires we expend our energy on righting wrongs and bringing justice and righteousness, not merely singing songs in a holy huddle.

“I hate, I despise your religious festivals;
your assemblies are a stench to me… Away with the noise of your songs!
I will not listen to the music…
But let justice roll on like a river,
righteousness like a never-failing stream!” (Amos 5: 21, 23,24)

Living beyond mere momentary morality requires long-term patience and faithfulness, the kind manifest in God, who never ceases to seek the welfare of the other. Our vote alone in the national election will not transform the aid budget. However, a movement beyond the voting moment, a movement of Christians who recognise and express the self-giving love of the Triune God may not only free Australian Christians from an indulgent apathy that restrains our lives but spur our Government towards a life-giving generosity for the marginalised ‘other’.

Jacqueline Service is a Lecturer in Theology at Alphacrucis College, Sydney, Australia, where she specialises in Theology of Social Justice, Aid and International Development, Trinitarian Theology, and Theology of Divine Well-Being.

She is also currently a Trustee for the International Anglican Order of the Cross and has been actively involved various Board memberships and church ministries over many years.

For over a decade, Jacqeline worked at the Australian Government’s Agency for International Development (AusAID) managing, reviewing and designing aid programs across the Pacific and South West Asia. During her time with AusAID she worked in Suva as the First Secretary for Development Cooperation, responsible for implementing the Australian Government’s bilateral aid program in Fiji. Her work involved managing key partnerships with the Fiji Government, the World Bank, Asian Development Bank and various United Nations agencies.

*This article first appeared in https://www.tear.org.au/get-involved/advocacy/australian-aid/the-australian-election-a-moment-or-a-movement