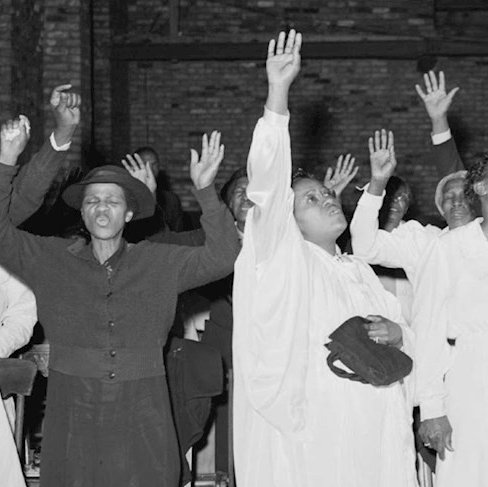 Many Pentecostal Christians have been divided in how to respond to recent events. The rallying cry for most (as it has been for years) is “Black Lives Matter,” a statement which shocks us with its brazenness; it highlights the fact that African-American lives in particular are at disproportionately high risk in the United States, and has forced many of us to consider our own nations’ treatment of African-American and First Nations people. Given the complexity of the issues, it can be extraordinarily difficult to formulate a coherent, careful response – so many of us have stayed silent.

However, it is imperative for the people of God to respond, and indeed many church organisations have already added their voices to the conversation. How, then, should Pentecostals seek to respond to these issues in a Godly way, led by the Holy Spirit?

Let us do so by reminding ourselves of the history of our movement. Like many such reflections, we begin in Acts, where the Holy Spirit falls with tongues of fire upon men and women, Jew and Gentile, causing no small amount of controversy. The early church is prompted by the Spirit to challenge both injustice and domination; throughout the narrative of Acts, we see the early Christians (an underprivileged minority group) given agency through the Spirit, fighting persecution through acts of love and kindness – and solidarity with the poor and oppressed, to the point of martyrdom. Of course, let us not forget that Jesus himself died alongside criminals, viewed as a criminal and disproportionately punished, murdered by an oppressive system.

Moving forward some two thousand years, we see the Pentecostal movement come to prominence in Azusa Street under the leadership of William Joseph Seymour, an African-American preacher. Unusually among institutions in the early 20th century, the Pentecostal church modelled both justice and social equality in a time of widespread racial segregation.[1] This church challenged social conventions in many important ways – notable is the fact that one of the first people to speak in tongues in the Azusa Street congregation was a child. Important also is the fact that women were given positions of leadership because of the movement’s theological emphasis on inspiration over organization, a hallmark of the movement which continues to this day.[2] Here, it was clearly understood that black voices were just as important as white voices, despite being part of a society which clearly stated otherwise. For a time, the systemic oppression against African American people was comprehensively rejected by Christian followers in an attempt to build a world which reflected their vision of the Kingdom of God – a world of equality and justice.

The baptism of the Holy Spirit was not limited to the United States – notably manifesting itself in India,[3] in North Korea,[4] and throughout Africa,[5] often before the arrival of Pentecostal missionaries! In every location it sprung up, the Pentecostal movement challenged the dominant status quo – these churches were almost always comprised of minority groups who faced incredible systemic and structural challenges, much like the challenges highlighted by the Black Lives Matter movement. The Spirit empowered men and women to stand up for justice, to speak out against inequalities, and most importantly, to live lives that reflected the coming Kingdom of God. In the vast majority of the world today, Pentecostal churches continue to be filled with minorities – those who are “poor and disenfranchised, the peasants, artisans, and laborers.”[6]

In other words, Pentecostals can and must take a vocal, overtly political stance when it comes to matters of justice. Like our forebears who rejected military service during the First World War,[7] Pentecostals should take action on issues that affect society – doing so is part of our heritage. Whilst we may disagree on the means, and should follow in Jesus’ example of responding peacefully, it is still imperative for us to lend our support to groups facing oppression.

The very history of Pentecostalism, birthed out of black and minority struggles against injustice, reminds us that all human life is precious to God, and that we must address issues of injustice; it reminds us that we can take action to build a better world. For now, the best way for us to do this is not by clouding the issue, but joining in solidarity to proudly proclaim that “Black Lives Matter,” both to us and to God. Doing so in no way diminishes other experiences or compromises our faith, and if anything should challenge us to see other experiences of oppression and persecution around the world, and to work to alter them for the better. In doing this, let us continue to pray that “His kingdom come, His will be done,” and to bear witness to His kingdom in our lives.

About the author:  Dr. U-Wen Low is a Lecturer in Biblical Studies and Program Director of the Master of Arts, Graduate Diploma of Arts and Graduate Certificate of Arts courses.