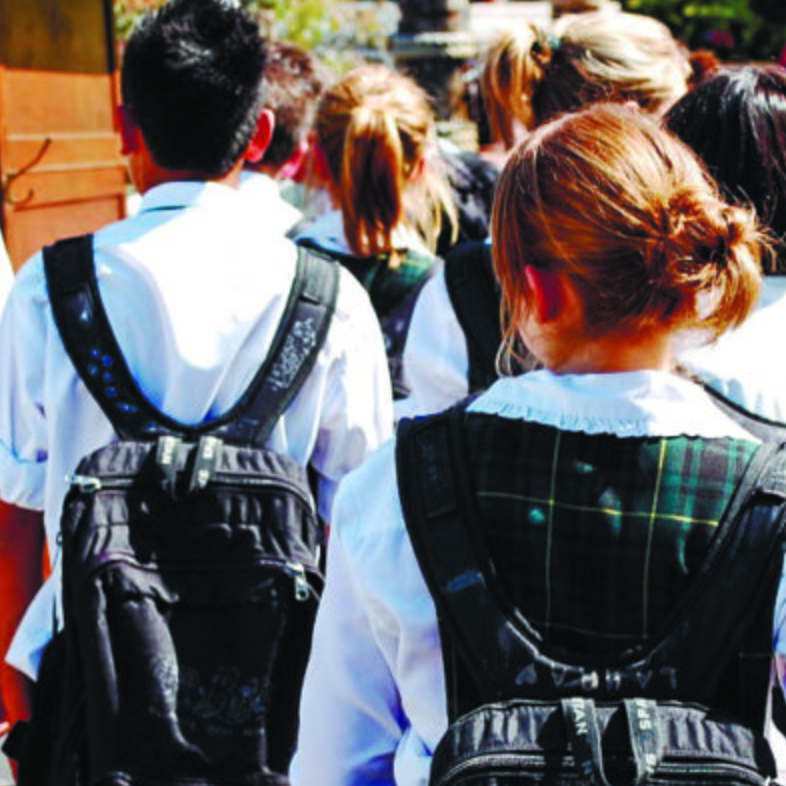 A re-draft of the National History Curriculum has seen the restoration of Christian content. Eternity asked Associate Professor David Hastie of Alphacrucis University College why Christianity went missing, what brought it back, and have we arrived at a balanced result. Hastie took part in the final drafting of the latest version of the curriculum.

1.       Is Christianity back in the national History curriculum? What happened?

Draft 8 of the National History Curriculum (which went out for public consultation in May 2021), displayed an almost entire absence of religion in the foundation to year 6 curriculum (infants and primary school). There was more in the years 7-10 History Curriculum, but still alarmingly less than was historically accurate.

Although suspected in some quarters, some kind of radical secular agenda was actually pretty low on the list of causes for these deficiencies. They were caused far more by the circuitous bureaucratic processes used to draft the curriculum, some lack of broad representation on the original committees, and poor editing/repetition.

The Australian Curriculum Assessment and Reporting Authority (ACARA) responded immediately to public and Ministerial criticism by bringing in an extra layer of academic and teaching experts, and the expanded team redrafted the curriculum into version 9. This version was signed off by all the Commonwealth and State Ministers in early April 2022.

Version 9 added 20 further references to Christianity in the 7-10 curriculum, bringing the total to around 30, in quite sophisticated ways. These were also supplemented by a quite explicit presence in the year 7 Civics Curriculum. The primary and infants curriculum also doubled references to Christianity, but these were pretty low in the first place.

2.       Which Christians will school students get to learn about?

Well, first to point out that the Curriculum is not as prescriptive as most people assume. The structure of the curriculum has mandatory ‘content descriptions’, that are all pretty general. These in turn are populated by hundreds of suggested ‘Elaborations’. These ‘Elaborations’ are where the Christian content resides, along with most of the other content, but ‘Elaborations’ are not mandatory.

Teachers have a choice, therefore, to teach or not to teach these Elaborations. Were they to choose all of the historical figures related to Christianity they could study, in primary school:

Bennelong, Rev. Richard Johnson, Lachlan Macquarie, Maria Lock, Mary Reibey, and Mary MacKillop. They could also study other notably Christian governors, although not named, such as Bourke, and other unspecified personality studies that are open to choice. They are also able to study a range of Christian festivals, symbols and buildings.

In the years 7-10 curriculum key individuals in Christian History were added in version 9: Emperor Constantine, Henry VIII, Elizabeth I, Martin Luther, Cromwell, Pope Leo XIII, but also the multiple figures (although explicitly not named) in the abolitionist movement, the Christian Women’s Temperance Movement, the global missionary movements, First Nations Christianity, and Australian Religious Sectarianism. Christians are also reinstated to their central place in early First Nations rights and protest movements. Other topics were added that relate to Christianity: such as early Roman Empire Christianity and Judaism, a more balanced approach to Medieval Catholicism, the Reformation, and the English Civil War. The fact that European history is now mandated in year 8, where before it was just one of nine options, will also increase a focus on Christian History. Obviously, the inclusion of Jesus Christ himself as a personality study, alongside other options such as Augustus or Marcus Aurelius, opens up a world of possibilities.

It is notable that these changes were added without demur by ACARA – recognised as just historically accurate: further evidence that the Curriculum writers were not particularly doctrinaire in the initial absence of Christianity in version 8.

3.       What will students learn about the role of Christianity in our history?

Again, depending on how teachers interpret the curriculum, students could definitely derive a positive understanding of the contribution of Christianity to Australian nationhood, and World History more generally. They could also (rightly) learn about the negative impacts of Christianity when yoked with imperialism, including The Crusades and the British Empire. The impact of Christianity on First Nations Australia, however, is slightly more balanced than in previous curriculums, where Christianity had been largely depicted as a cultural wrecking ball. The destruction of culture was also combined with a complex embrace of Christianity and aspects of colonial culture (including widespread intermarriage) by many Indigenous Australians in the post-colonial fusion.

No National Curriculum will please everyone, including Christians. They are as much symbolic documents about the priorities of our culture, as they are about learning. Like all documents designed by consensus committees, compromises have to be made. So yes, there are weaknesses. For the purposes of this Q and A, I will focus purely on religion, but there are many other areas that could be pointed out.

More reference is needed to religion in infants and primary school – particularly more opportunities to discuss and explore the home spiritualities of students themselves. High volumes of curriculum content ‘normalises’. The F-year 6 curriculum, however, errs on the low side when it comes to religion, which tends to give the impression that soft secularism is normal fare, when in fact in Australia secularism is just one of the diners at the table.  Religious experience and history is actually part of the ‘norm’ for the majority of Australians, and a fascinating variety of religious experience at that. Even though the Curriculum introduction states that students will learn about “Australia’s Western and Christian heritage”, a mere line in an introduction does not a curriculum make.

The 7-10 History curriculum is pretty good, but would be enhanced by a few more explicit references to the role of Christianity in establishing the vast majority of our social institutions- including such things as state education, the banking systems, human rights and the union movements. Likewise, more opportunities to discuss religious pluralism in the year 9 and 10 Civics Curriculum would be helpful, if only to help the multicultural experiment to have a better chance of success.

5.       How did the revision deal with First Nations material in relation to religion?

The large volume of First Nations content in the new curriculum inevitably leads to an emphasis on Indigenous Spiritualities where there are less references to other religions. However, that said, I am not that perturbed about the current nature and presence of Indigenous spiritualities in the version 9 of the curriculum- at most points in the ‘elaborations’ they do not present a contradiction to biblical Christianity. Some recent criticism of the curriculum as promoting ‘green paganism’, indicates poor understanding of First Nations spiritualities. First Nations spiritualities – those we know about-  actually bear little resemblance to the ‘paganism’ that has been defined since Roman times in Western taxonomies, or indeed conventional religion. Many indigenous Christians didn’t (and still don’t) see Christ as a white man’s Messiah, but as their own Messiah; not as a rejection of their own culture for an imposed one, but as a fulfilment of an ancient one. One of the festivals mentioned in the new curriculum, for example, is the massive Torres Strait event ‘Coming of the Light’, a celebration of the arrival of the Christian Gospel to the Islands. Many First Nations Christians have frequently, and rightly, turned the Gospel of Christ back as a critique of white Christianity and its compromises with violent colonialism, and hence the first Indigenous Protest movements were born. I think this opens opportunities for discussion around belief, rather than presenting a concern.

I am far more concerned that First Nations spiritualities themselves will be taught poorly, and that might teach children to regard spirituality more broadly as irrelevant, in what we call ‘transferable skills’ in education: this includes the risks of teaching ‘Dreaming stories’ far too early (year 1 in version 9), and far too homogenised, based on a ludicrous but widespread assumption that there was a generic pre-colonial First Nations culture. I have seen dreaming stories treated as cartoons- with a poor cartoon learning outcome- too many times over the years in schools. First Nations spirituality is actually incredibly complex, intrinsically local, related to land, and guarded by layers of gendered and age-barriered initiation, across over 200 totally separate languages. Much of it is therefore forbidden to outsiders, and tragically much is now lost. No deities are commonly shared across the continent, nor mythologies, nor art styles. Inadvertently teaching First Nations spirituality as simplistic, monolithic, or cartoonish, actually may have the unintended ‘transferable skill’ effect of teaching small children to regard all spirituality as outlandish, particularly those spiritualities that primarily express truths using narrative and poetic genres, rather than the rational empiricism (which would include, BTW, almost the entire canon of the Christian Bible….).

All states have agreed to teach the National Curriculum, and several states will start immediately. NSW and Victoria, however, will re-cast the curriculum in their own frames, pedagogies and priorities, whilst still committing to include the content of the National Curriculum. About half of all Australian school students therefore, are at least 3 or so years away from learning it.

Resourcing the teaching will be another challenge. As already discussed, the National History Curriculum is quite broad, and so teachers will be relying on mediating documents – lesson plans provided by the states, and also by commercial textbook producers. There are whole sections of the curriculum – such as the study of pre-colonial ‘deep time’ First Nations Archaeology in year 7-, about which many existing teachers would have little knowledge, hence new resources will be needed. Martin Luther has not been taught in compulsory history in living memory, for example, and the Women’s Temperance Movement, as far as I know, has never been taught. For shame. My great great great grandmother, an ardent Salvationist on the Victorian Goldfields, signed the great ‘monster’ petition to the Victorian Parliament seeking votes for women in 1891. But she was no fiery suffragette, about whom Australian students have been learning for 20 years. Rather as a tough Temperance League Christian, sick of the Bendigo men drinking up all their family wages, she accurately concluded that males could no longer be left to run the country by themselves, and sought her Godly democratic right. Such stories can now be told in the classroom, about time.

Associate Professor David Hastie is Deputy Vice President, Development, at Alphacrucis University College. He served as an academic advisor to ACARA during the final drafting of Version 9 of the 2022 Australian History and Civics Curriculum.

This article was originally posted by Eternity News on June 7 , 2022.