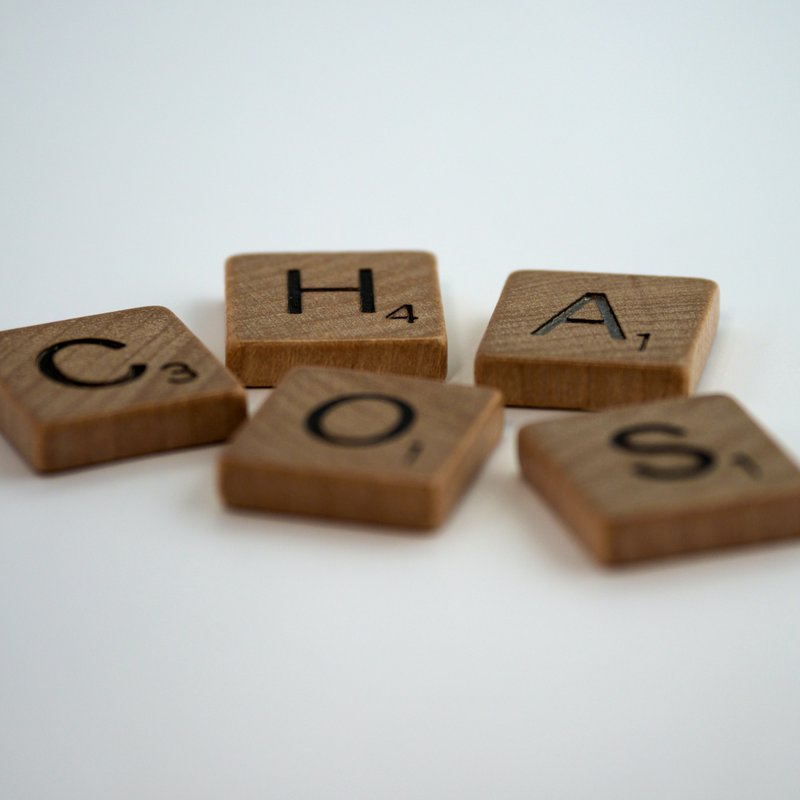 If there was one word to describe how society feels right now, how would you respond?

I would probably answer with tense.

It came home to me recently (literally) when a pamphlet arrived in my letterbox. This pamphlet was from a politician that belonged to a party not currently in federal power. Four of the six articles in the newsletter contained a direct reference to either the party in power or the leader of that party, and how poor their performance has been of late (at least according to him and his advisors).

This of course, is not just limited to the political realm. It is indicative of deeper issues in society related to discontent and division; an increasing polarisation that has been simmering for some time, but which the tumult of the global pandemic has now caused to boil over.

People are angry. Society is strained. Once reasonable people seem to have lost much of their reason.

How are we to lead in this chaotic era?

One thing is certain. Christian leaders are not to pattern their practice of leadership on the ways of this world. Learn from them? Perhaps. Emulate them? No. Christian leaders are called to lead differently, to lead like Christ, which is the antithesis to the power-grasping behaviours present in political and organisational systems across the world.

What does a kingdom-shaped leadership, in this anxious age look like?

Author and consultant Jenni Catron reminds us that leadership is not a sexy position to aspire to, but a sacred trust; leaders in positions to influence others carry power, and that power should bring a great weight of responsibility that should be stewarded carefully. Leadership must be practiced not for the benefit of the leader but for the benefit of those being led. The apostle Peter speaks directly to this issue when he encourages those who have oversight responsibilities: “Be shepherds of God’s flock that is under your care, watching over them—not because you must, but because you are willing, as God wants you to be; not pursuing dishonest gain, but eager to serve; not lording it over those entrusted to you, but being examples to the flock.” (1 Peter 5:2-3 NIV). A Christlike leader chooses we over I.

This first step is slightly less practical (though with deeply practical implications), but foundational. The way we think about leadership will leak out into our behaviours. When we conceptualise leadership in ways that are primarily about us and not about those who look to us to lead, we do what my political representative did, and act in ways that betray what we really believe.

Alan Jacobs, in his profound book, How to Think, talks about the common practice of labelling others. Jacobs uses an acronym that describes this practice: RCO – the Repugnant Cultural Other.[1] This happens in our culture all the time, particularly in social media settings. Often when we encounter someone with a different opinion, we tend to label that opinion: left, right, conspiracy theorist, feminist, fundamentalist, progressive, Greeny/Labour/Liberal, woke. We extend that label not just to the way that the person thinks, but to that person as a whole, and in short, they become an RCO. The problem with labelling someone is that it is too easy to write a label off; it is much harder to dismiss a real-life human being with genuine pain and passion, concerns and cares, fears and future hopes.

When we choose to dialogue instead of label, when we choose to enter into others’ stories, we reflect our master who consistently embodied this. Think of the woman at the well in John 4. Where his disciples saw a Samaritan, and a woman (two labels that could diminish her status in that society), and where her community saw a promiscuous woman, Jesus saw a story that could be engaged with. He looked passed the labels others placed on her and entered into her complex world, and because of that, not only did she experience an encounter with God, but she also became an evangelist for her town, bringing many to encounter Christ for themselves.

Will you be like the disciples who are surprised to find Jesus talking with a Samaritan woman? Or will you choose to be like Jesus, and sit down over a drink and engage in conversation with an RCO?

One of the distinguishing marks of Christian leadership is that we rely on a power outside of ourselves. Paul states that his ministry to proclaim Christ, and lead people to maturity in Him was only done through “all the energy Christ so powerfully works in me.” (Col 1:29). This empowering of the Spirit may be seen in public, but it only comes about because of the hard work of seeking God in private.

In a recent AC webinar, Leading in an Angry Age, pastor and author Jon Tyson offered the following reflection “The world is too angry not to abide in Jesus’ love. You will simply be drawn into the flesh and say things you regret.” Tyson consistently exhorted us to do the hard work of wrestling in private; only if we do that, will we be spiritually attuned and more prepared to navigate this precarious season.

There’s another side to this private before public choice. In that same webinar, Tyson reminded us about the importance of addressing issues with individuals personally rather than broadcasting them to all and sundry.

Whilst there is much more that can be said about leading in this angry world, Christian leaders are called to peace-making, to leadership that unifies rather than divides. Rather than adding to the chaos, Christians are called to model a different way.

And you never know; you may find once-tense RCO’s, becoming friends, even allies.