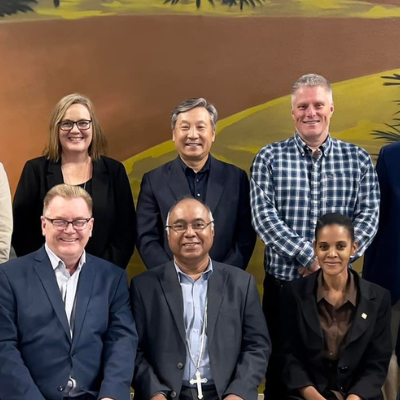 The prayer of Jesus in John 17:20-26 is for the unity of believers, founded on a common faith in Him, as we proclaim the message of Jesus to the world. Jesus’ prayer is that His followers may be unified in a way that somehow reflects the oneness of the Father and Son.

Generally, Pentecostals have historically been reluctant to engage with formal ecumenical groups. There are various reasons for this, some ideological and some practical. The main ideological reason is that Pentecostals have historically identified as a restorationist movement and so saw little value in engaging with formal denominations. Yet, most Pentecostals leaders today are often not opposed to involvement in groups that seek cross-denominational unity but have just not seen it as a priority in busy schedules. Yet, it is likely that in the future such participation will be vital for Pentecostal groups as we navigate changing social, cultural and political attitudes towards the church.

The primary purpose of formal ecumenical dialogues is to discuss key differences that separate Christian groups from one another. The theological distinctives of each group are not diminished but presented as gifts that the other can learn from, and perhaps enhance or even improve their own understanding. In the process, groups often find they have much in common.

There are various formal dialogues between classical Pentecostals and historic denominations currently in process. I was privileged this year to participate in two such meetings: first, with the Anglican Communion, and secondly, with the Roman Catholic Church.

This year saw the inaugural meeting of the International Pentecostal-Anglican Commission (IPAC). The meeting took place from 15-20 June 2022, in South Dakota, USA. Pentecostal members were appointed by the Pentecostal World Fellowship. Throughout the week, the Commission discussed some of the key differences and similarities between the two groups, as well as heard testimonies of Pentecostal-Anglican relations around the world. The Commission also made plans for future meetings to explore the theme of A Transforming Holiness. The next meeting of IPAC will take place in June 2023 in the UK, where I am scheduled to present. A copy of the official press release of the Commission can be found here.

The Catholic-Pentecostal International Dialogue (CPID) has been in operation since 1972, this year marking the 50th anniversary since it began. The meeting took place from 8-14 July, 2022, in Rome, Italy. The CPID generally adopts the method of a five-year cycle whereby participants discuss topics within a general theme over four years, and then produce a report in the final year. The general theme for the current phase is “Lex orandi, lex credendi” (“law of prayer is the law of faith”). Usually, a representative from each group will present a paper on the specific topic of the theme and then the group discusses the papers together. For this meeting, the Pentecostal paper was presented by Prof Mel Robeck (the Pentecostal Chair) on "Pentecostal Preaching." The two teams (Pentecostal and Catholic) then develop a list of “hard question” for the other tradition to respond and then all discuss together. From this discussion, the similarities and differences of the two groups are explored. The key points from the conversation are recorded to be incorporated into the final report. A copy of the official press release of the Dialogue can be found here.

My reflection on these meetings is that while they were very different in style and tone there were some commonalities. First, I was encouraged and humbled by the eagerness of participants of the Catholic and Anglican groups to learn from Pentecostals. Both groups considered our charismatic spirituality and dynamic worship a gift to the global church. While the posture of learning was reciprocated, the respect and appreciation from such long-standing Christian traditions was notable (especially as this has not always been our experience in dealing with some within these groups). Second, the impact of the global charismatic renewal on both Catholics and Anglicans has been significant and has most certainly helped to break down many walls of suspicion that may have previously existed between Pentecostals and these two groups. While there are still tensions in some places between Pentecostals and Catholics or Anglicans, such as in South America and even here in Australia, the bond of Spirit-filled worship has contributed to a growing sense of unity. Thirdly, I was personally enriched through participation in these meetings and especially by the fellowship with the participants. This included both the formal and informal conversations, as well as sharing meals together. Certainly, my understanding of the theology and spirituality of these groups has grown, but also my appreciation for their faith and worship. I have personally been challenged to engage more in work that seeks Christian unity in Australia.

Finally, I wish to thank Alphacrucis University College for their generous support that allowed me to participate in and represent Australasian Pentecostalism at these meetings.

Appendix 1: Some photographs from IPAC 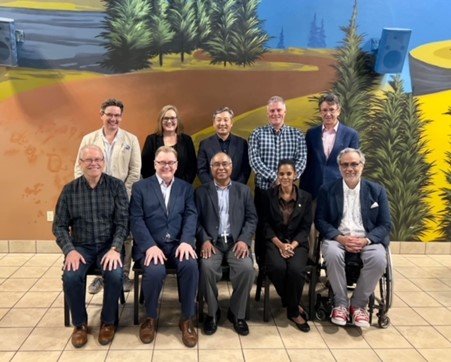 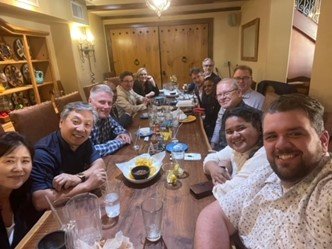 Appendix 2: Some photographs from CPID 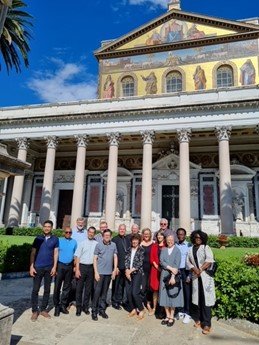 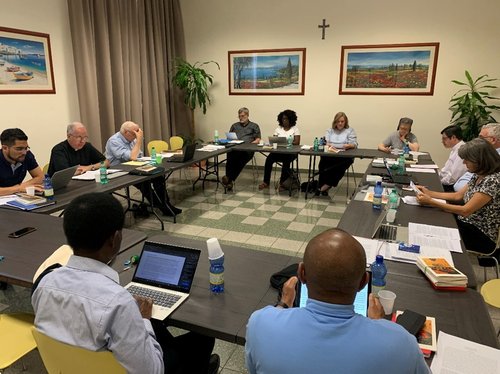