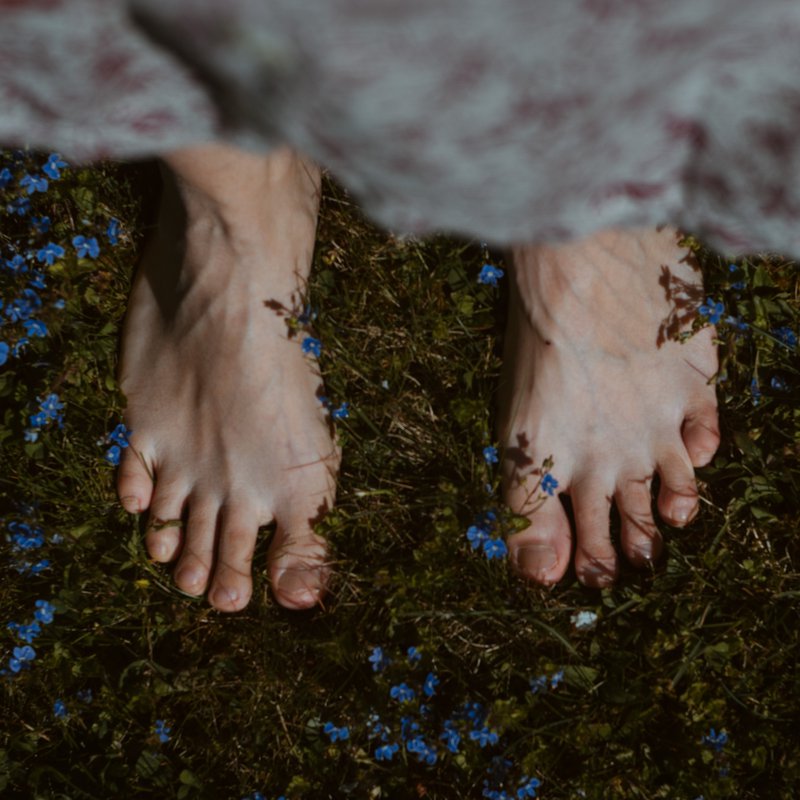 Most of us are familiar with the encounter of Moses and God at the Burning Bush (Exod 3:1-4:17), where Yahweh declares freedom for the Israelite slaves and is revealed as the “I-Am”. But why does God instruct Moses to “put off your sandals from off your feet” (3:5), within the encounter?

Typically, removing shoes is a sign of reverence and honour as per the customs of the ancient Near Eastern culture, where one removes their shoes before entering a house or temple. However, the act of removing his shoes was not intuitive to Moses at the time, as he needed to be told to remove his shoes and that this space was now “holy ground”. Even so, we conclude that Moses is invited to show reverence and honour to God, when he hears a voice calling to him, instructing him not to draw any closer and remove his shoes. Whilst significant, this tends to be where most commentaries end.

Instead, Moses’ bare feet also highlights the embodied nature of encountering Yahweh and the physicality of ‘groundedness’. For not only is Moses’ sense of sight and sound amplified in the encounter with God. But at the bush with shoes off, Moses is being intensely exposed to the roughness of the wilderness dirt beneath his feet. He is being grounded; connected to the “holy ground” in all its grittiness, dustiness, and other-ness. As an embodied person God is engaging with him in a heightened multi-sensory manner through sight (a bush aflame but not burning), sound (a voice calling, Moses! Moses!) as well as touch (his bare feet). Like Lane observes, “touching the earth, therefore, becomes a way of entering more fully the deeper mystery of ourselves and of God.”[1] Moses is grounded in this wild-holy-place, to see, hear and feel super-naturally. Indeed, the physical involvement of Moses in the encounter is emphasised throughout the passage. For example, Moses is asked to, “Take off your shoes… throw down the rod… put out your hand and catch the snake by its tail… put your hand within your robe… I will be with your mouth” (Exod 3:5; 4:3-4; 4:6-7; 4:12). Through all these actions, God invites Moses to respond and interact, not only in perception and speech but also with his body, grounded via his bare feet in the dust.

Why this embodied barefoot encounter? Because a larger creational echo is being fashioned. Moses, the new creational partner (adam) is in a place imbued with the presence of God and the burning bush (or tree). By removing his shoes, he is being connected back to his earthy origins (the adamah, Hebrew for “earth”). He stands without barrier and interference in the adamah wilderness-space. The trappings of the Egyptian and Midianite cultures that he has so far belonged to are removed. Any symbolism of sacrifice, as most sandals were made from animal hides, is also removed. Nothing human-made and unclean comes between Moses’ feet and God’s holy presence. He is bare and open, without artifice before Yahweh, in the back of the wilderness; the uncreated.

In the connection to the dusty earth (adamah) God calls Moses and informs him what is central to it all. That is, Moses is to deliver, liberate and bring a people ‘to serve’ Yahweh on this mountain (Exod. 3:12). The command ‘to serve’ was an original command in the garden (Gen 2:15), and it is to this action that God once again calls his people.[2] They will be re-created through the events of the exodus to serve God. But the impetus for this re-creation comes from the very place that appears to be uncreated—the wilderness. Moses is being grounded and established in the dust of the wilderness; both in his identity, but also on behalf of the people of Israel that he is about the lead out and away from their dominators. As a result, where previously a tree and its fruit became the ruin of creational wellbeing, a bush in a wild place is being used to reverse these effects and bring healing to the people of God.

Maybe, likewise, we can encounter God with bare feet, grounding ourselves in the fullness of Christ’s salvation for us, our communities and our land?

Narelle is the Director of Learning and Teaching and a Senior Lecturer (Old Testament Studies) at Alphacrucis College.