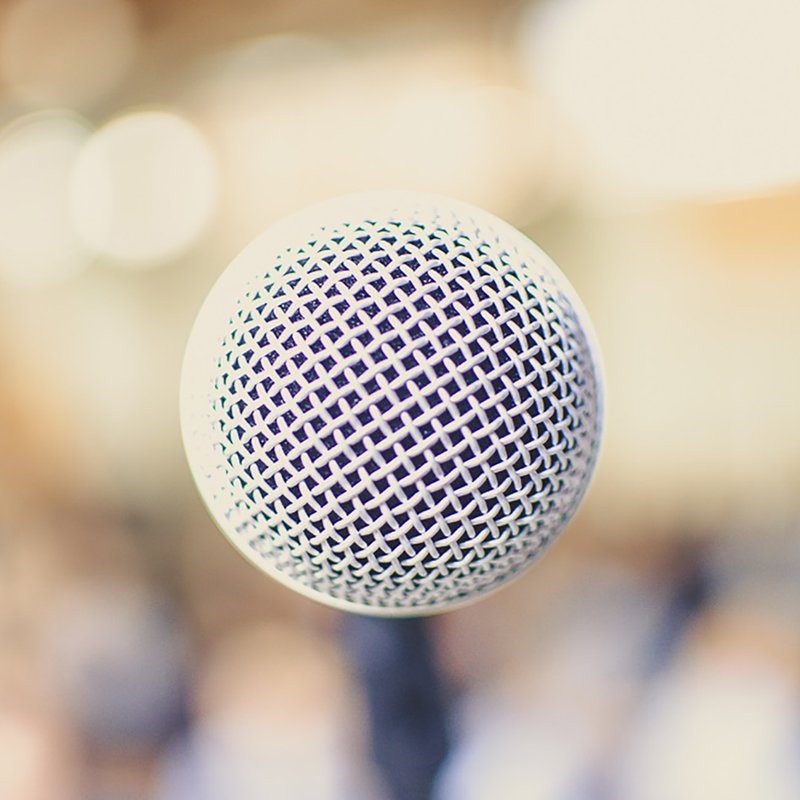 The Four Song Categories in Worship

As human beings, God gave us the ability to categorize.  Right from Genesis 1, God makes animals “according to their kind”, or in other words, He makes creatures in particular categories.  Categorizing things is a way we make sense of a complex world.  It helps us understand things, by being able to label them and appreciate the ways in which they are like or unlike something else.  And so, we come to my area of passion and expertise, contemporary congregational songs; the songs contemporary churches use for gathered worship.

While writing a different article I noted how many songs from the latest Christian Copyright Licensing International (CCLI) Top Songs list fitted into the particular categories I established in my PhD thesis.[1]  I thought I’d write in parentheses that those interested could read up on the four contemporary congregational song (CCS) categories in my other publications.  Then, just to check, I Googled how easy it might be to find the information I’ve written on that topic.  It wasn’t easy at all, and I realized that I had not created a simple article that argues for my four CCS categories (Figure 1).  Welcome to that article. 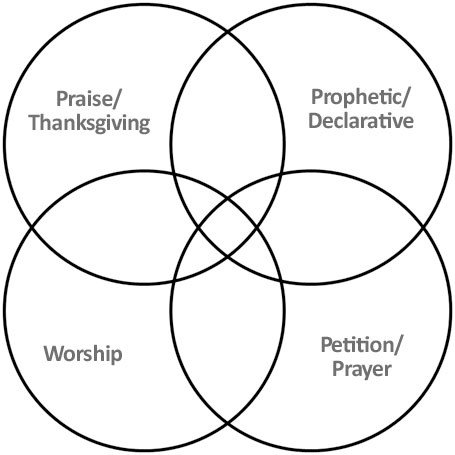 Before going into detail about each of the four categories, an obvious question arises, “Why only four categories, and why these particular four?”  A number of scholars and practitioners have offered their own taxonomies for contemporary congregational songs.  In the 1980s a common division was simply “praise” or “worship”, as Sorge advocated.[2]  Some categorize CCS according to biblical words related to worship, such as Prince’s “worship, rejoice, and praise (including bless, exalt, glorify)”.[3]  A biblical frame taken from Acts 2:42 was also proposed by Pass; Kerygma (proclamation/word), Koinonia (fellowship) or Leitourgia (service, ministry, worship or sacrament).[4]  Liesch proposed five stages of a worship “engagement, exaltation, adoration, intimacy and closeout” which might be used to classify CCS.[5]

In more recent online articles, various categories have been suggested including “songs of invitation” “songs of relationship” “declaration songs” “response songs”, all of which might be valid lenses through which we could group songs together.  The most comprehensive research-based taxonomy of CCS comes from Evans, who identified 18 song types.[6]  One might also consider CCLI’s SongSelect which has a classification of CCS utilizing 336 themes.  While any of these systems of categorization have their uses, I find all of them lacking in one way or another.  Three hundred and thirty-six or even 18 types are too many to be practically useful and helpful.  At the same time, two or three categories aren’t sufficient for the diversity of CCS lyrics.  As for relying on a biblical passage or word search to form a taxonomy, the result is that CCS are squeezed into categories they’re supposed to fit in, whether they do or not.

With a nod to the biblical and historical foundations of church worship, the extant scholarship, and the actual analysis of contemporary congregational songs, I came to the conclusion that all CCS can be categorized into four definitive song types:

·     Praise/Thanksgiving – song that are to or about God (or any Person of the Godhead), His character and/or His acts; acknowledgement, testimonial (in terms of God’s role), invitational

·       Prophetic/Declarative – songs that are directed to the singer, the congregation, the unsaved, the wider community, or even the Devil; addressing revealed truth, reality (present or future), testimonial (in terms of our reality, or promised reality), social justice; also occasionally songs sung from God’s perspective (as if God is singing)

·       Worship – songs directly addressed to God (or any Person of the Godhead); defined by intimacy, surrender, relationship, dedication

·       Petition/Prayer – songs that make a request of God (or any Person of the Godhead); the request may take any form, but are often personal, corporate, evangelical or eschatological.

In over 30 years of worship ministry, composition, training church worship teams and lecturing in Christian institutions around the globe, I have yet to be presented with a contemporary congregational song that does not fit one of these categories.  And believe me, I always ask.  If you find one, let me know!  I’m not set on these four categories because I came up with them.  I would willingly change, add or subtract categories if more accurate or helpful labels could be provided.

It is not uncommon for different sections of songs (Chorus, Bridge) to shift their focus, hence the Venn diagram.  Nevertheless, there is always a dominant category, often determined by the lyrics of the Chorus, given that this is the most repeated part of the song.  While there are far fewer CCS primarily in the categories of Worship and Petition/Prayer than those in Praise/Thanksgiving and Prophetic/Declarative, they are still essential.  The intimacy of lyrics and orientation of the singer in the Worship category is unique to that type of song.  Similarly, the nature of the request in Petition/Prayer is unique to that category and important to differentiate among the expressions of Christian musical worship.

I readily admit that using the term Worship as one of the categories is potentially problematic because worship in its broadest sense (as used in the previous sentence) encompasses not only all songs we sing as Christians but goes well beyond any musical expression of our relationship with God.  Equally, Prayer is such an encompassing term that it may well include all of our communication with God including praise, thanksgiving, and worship.  Devotion might be used as the category title instead of Worship, but the primary Greek word for worship, proskuneo, beautifully captures the essence of this category.  In order to clarify Prayer, Petition has been added to denote these songs as a request of God.  Whether better category titles can be, or need to be established (or not), these four categories accurately and adequately house all contemporary congregational songs.

It is also important to have categories that are not related to musical elements.  Praise, in the past, has become synonymous with fast songs, and Worship, with slow songs.  This is not helpful.  While personal and intimate lyrics might tend to be expressed in slower tempi, it does not preclude them from alternative musical settings.  Many of the slow songs in the 1970s and 80s with 3rd person pronoun addresses of God were clearly Praise/Thanksgiving, such as, “He is exalted”, “He is Lord”, and “Majesty”.

A few examples will help clarify this taxonomy.  Given that it’s the largest category, let’s look at two contrasting Praise/Thanksgiving songs.  “The Lion And The Lamb”[7] by Brenton Brown, Leeland Mooring, and Brian Johnson addresses God only with 3rd person pronouns or the Godhead titles; “Lion”, “Lamb”, “Lord”, “Almighty”, “King of Kings”, and “God”.  While terms like “God” could refer to the 1st Person of the Godhead, the context of the song infers that all titles are about the 2nd Person of the Godhead.  It’s almost right on the average lyric word count (135) for fast CCS, and is one of only five songs in the top 25 over 80bpm (88bpm in this case).  It uses only the plural POV, and only in its possessive form (our).  It has 24 references to God and only 3 references to the worshiper.  It has an eschatological flavor (“every knee will bow before Him”), but is still firmly focused on who Jesus is, what He’s done, and what He’ll do, and thus does not fit the Prophetic/Declarative category that many eschatologically oriented songs do.

“Reckless Love”[8] by Cory Asbury, Caleb Culver, and Ran Jackson is a rather different song to “The Lion And The Lamb” even though its sole category is likewise Praise/Thanksgiving.  “Reckless Love” only addresses God with 2nd person pronouns and the single Godhead term “God”.  It only uses the singular POV (me, my).  Such a lyric profile would typically indicate a CCS in the Worship category.  However, the devotional language that almost makes it into the Verse lyrics is eclipsed by the dominant focus on God’s goodness, God’s kindness, and God’s (reckless) love, rather than our cooperation with, or response to that.  Additionally, the “reckless love of God” is spoken of in terms of “it” (“it chases me down”, “I couldn’t earn it”, etc.) which pushes this song towards the category of Praise/Thanksgiving rather than Worship.  Furthermore, the Bridge focusses on God’s actions/attributes rather than the mutual relationship that results.  Despite the clear focus on God, there are more references to the worshiper in this song than “The Lion And The Lamb”; 18 equal references for the Worshiped and the worshiper.  The song is in 6/8, but contains a 4/4 polyrhythm, which gives the song rhythmic energy even though it remains ostensibly a slow song.

“Who You Say I Am”[9] by Ben Fielding and Reuben Morgan is an example of the Prophetic/Declarative category.  It is from the singular POV, and addresses God with 2nd person pronouns for the Verse/Chorus, and 3rd person pronouns for the Bridge.  The names of the Godhead used include, “Father”, “God”, “Jesus”, “King”, and “Son”.  Typical of this category, there are more references to the worshiper (24) than to the Worshiped (16).  Such an emphasis does not infer that the song is “me” focused, but rather that the declaration of what God has done and is doing in the believer requires referencing the believer.  This song, like “Reckless Love”, is in 6/8, though a little faster.

The final song we will look at is an example from the Worship category, “Here I Am To Worship”[10] by Tim Hughes.  Just because a song uses the word “worship” doesn’t mean it automatically fits into that category, “10,000 Reasons”[11], for example, is primarily Praise/Thanksgiving (with only a secondary focus on Worship).  “Here I Am to Worship” uses 2nd person pronouns to address Jesus directly, and uses the singular personal POV.  Second Person of the Godhead titles include, “God”, “King”, and “Light of the world”.  It is on the faster side of slow songs at 77bpm, but the lyrics are still intimate and devotional.  There are an equal number of references to the worshiper (9) and the Worshiped (9).

I trust that the four categories are now clear to you and that you would be able to identify CCS you sing into the correct one(s).  Here are a final few tips to help you.

·       If it’s not directly addressing God, it’s definitely not Worship.

·       If it is directly addressing God it’s probably either Praise/Thanksgiving or Worship.

·       If it’s directed to anyone other than God, it’s probably Prophetic/Declarative.

I pray these categories help Christians in choosing songs, writing songs, and better understanding that songs they sing, as well as providing researchers with a standardized language and understanding when it comes to the contemporary congregational song genre.

[5] Barry Liesch, People in the Presence of God: Models and Directions for Worship (Zondervan, 1988).

Rev. Dr. Daniel Thornton is the Head of Arts and Director of the Centre for Learning and Scholarship Skills at Alphacrucis College. He is a sought-after musician and songwriter, worship leader and minister. Dr Thornton is also a leading music educator and academic in the field of contemporary congregational songs.