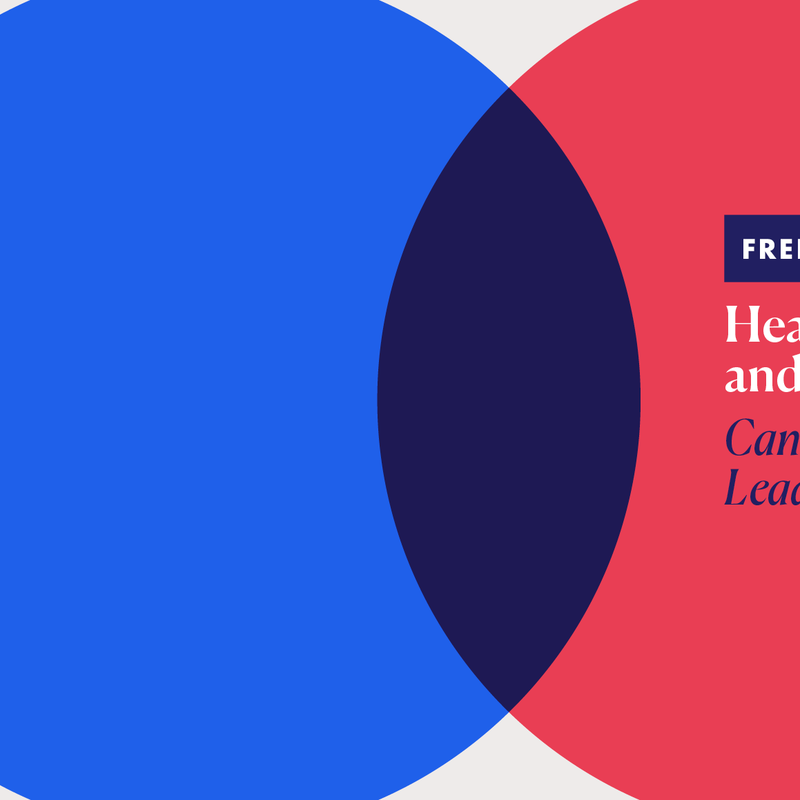 ‘Headship and the Bible: Can Women Lead Today?’ Q & A Continued

The recent Masterclass on Women and Headship raised many questions. In fact, there were so many questions we unfortunately did not have time to properly address them all in the Q & A. As a result, I have provided a response to those questions here:

I understand these as fundamentally identical, egalitarianism from the Latin aequalitas, aequalis = equal and hence my personal preference for equalitarianism. I usually avoid egalitarianism in conservative Christian contexts because some associate it with radical feminism and thus turn off. Conversely when speaking with less conservative and non-Christians I use egalitarianism.

Regarding gender roles, I presume you are referring to no gender (sexual) specific roles such as, given I’m 71 years old, men are the ‘bread winners’ and women are ‘stay at home Mums.’ Ally addressed this and I agree there is no avoiding functional roles, but I argue equalitarianism determines these by mutual, bilateral agreement not by DNA. I happen to do the vacuuming and cleaning of the floors, bathroom etc., I underwent a laminectomy where they inserted two titanium rods in my back and the medicos insisted, I regularly exercise. By mutual agreement with my wife, I get to exercise while contributing to the upkeep of our home. My wife controls our finances since my ineptitude would have seen us bankrupt years ago.

One of the questions I’ve been asked about is that limiting 1 Timothy 2:12 to a temporary or unique church context is the verses that follow (13, 14, 15) and appeal to creation order. The argument here is that due to his appeal to creation order, this is then a universal principle rather than a temporary or unique one. How would you respond to this?

I have addressed this matter in full in this article.

However, to summarise, 1 Timothy is an ‘Occasional,’ ‘Situation Specific’ Letter and hence care is needed in determining what in 2:11-15 is copy-and-paste and what necessitates conceptual rather than actual application.

1:3 I urge you, as I did when I was on my way to Macedonia, to remain in Ephesus so that you may instruct certain people not to teach any different doctrine, 4 and not to occupy themselves with myths and endless genealogies that promote speculations rather than the divine training that is known by faith.

Some of the ‘different doctrines’ identified by Paul are highlighted in 4:1-3 and 5:11-15, which appears to be connected to the wrong doctrine identified in 2:15 ‘Yet she will be saved through childbearing.’

In the immediate context of 1 Timothy 2, verse 11 abruptly introduces a new topic. Paul commands: ‘2:11 Let a woman learn in silence,’ he does not say: ‘let a woman be silent!’ What English translates as: ‘in silence with full submission’ are prepositional clauses functioning as adverbs; that is, they inform how the command: ‘let a woman learn’ is to be undertaken. Taken together with verse 12, the woman must learn in silence and full submission rather than trying to take over the teaching and/or become the authority in this situation. This almost exactly parallels instructions given to rabbis in training, rabbis who can only be men! In the full article I explain why given other Descriptive contexts I propose that the Prescriptive such as 1 Tim 2 are likely ‘legislative,’ copy-and-paste for Ephesus in the sixties AD, but ‘illustrative’ for our first world context today. For example, we would not normally install a person as teacher who was only saved the day before, some instruction is surely necessary.

Regarding then the issue of 2:15, we must turn to Paul’s reason: ‘for’ vv. 11-12. We know Adam: ‘became a transgressor’ hence Paul’s omission is shorthand indicating Eve: ‘was deceived and became a transgressor’ (2:14) but Adam chose knowingly, intentionally, deliberately etc., as the Hebrew of Gen 3 indicates, and Rom 5:12-21 argues. Argument continues on how to understand the Greek conjunction de here (v. 15); is it conjunctive (‘and’), disjunctive (‘but’ ‘yet’) or continuative, often best left untranslated, but we focus what follows. ‘Saved’ (sōzō) can mean save from sin, keep safe etc., and even heal in the Gospels. It cannot here mean salvation as conversion/becoming a Christian etc., men get saved this way but women by childbirth, since Paul insists: ‘provided they continue in faith and love and holiness, with modesty.’ It is unlikely a promise of healing or kept safe in childbirth, we have no record of the immense attraction this would have been in evangelism, and hence we conclude it means if they marry/bear children (5:14) they will not lose their salvation as the false teachers are likely threatening (4:3).

Could you please address the issue of female elders in the church community? Could you please speak to 1 Timothy 2:12 and 1 Corinthians 14:34? They seem to rule out female elders, which doesn’t square with Nympha being a church leader, so how do these passages find harmony? Following the above question, what is the meaning of being "saved" through childbearing, and how does this align with the role of the woman?

To summarise: Paul is using the default masculine gender of NT Greek in this passage, which was the convention of his day. The use of masculine words does not preclude women. So while Paul uses the normal masculine language it is not gender-exclusive role. Instead, what is important in 1 Tim 3:1-13 is the quality of character, proven lifestyle of service to Christ as evidenced in service to others. We see this particularly in the fact that in 2:12 Paul refers to deacons [masculine diakonos]. Phil 1:1 appears parallel with 1 Tim in designating leaders in the church as episkopos and diakonos. In 1 Cor 3:5 Paul identifies himself and Apollos as diakonos (cf., 2 Cor 3:6; Eph 3:7). Phoebe is also designated a diakonos in Rom 16:1. So clearly, as women are identified as diakonos elsewhere in Paul’s writings. This emphasises that women did function as diakonos, provided they met the qualifications in 2:12 which can be applied to both men and women (including being faithful in marriage).

Our earliest copies of 1 Cor have no spaces between letters to form words, no sentence indications, no punctuation and certainly no verses or chapters. Paul is not issuing an absolute prohibition against women speaking in church but he is quoting and then repudiating a Corinthian position on the matter. Instead, Paul is trying to ensure that in the church worship all things should be done decently and in order.’

In response to the redemptive plan for women in leadership throughout the old and new testament, I’ve been asked: Why would Isaiah 3:12 directly say that women ruling over the people was a bad thing? If I’ve used the example of Deborah, people have then used the Isaiah passage to again say that Deborah leading the people was part of the judgement on the culture that had become so bad.

Isa 3:1–15 is an oracle of judgment upon Judah and Jerusalem. Because of their misplaced dependence they will be ruled by those who are, figuratively speaking, children (3:4, 12). It is surely not literally possible for:

4 And I [God] will make boys their princes,
and babes shall rule over them.

Much of the OT utilizes Hebrew parallelism, for example Ps 119:105:

One thought – God’s word guides, is expressed in two lines where: ‘lamp’ parallels: ‘light,’ and: ‘feet’ parallels: ‘path.’ Such techniques helped a nonliterary society remember and recall and this was meant to help them: ‘hide your word in my heart so that I may not sin against you’ (Ps 119:11).

Isa 3 is full of such parallels but proximate to v. 12a is:

12b O my people,
your leaders mislead you
and confuse the course of your paths

It is surely part of this technique then that:

Children and women are the least likely to oppress or rule and thus we have an exaggerated picture of the depths to which Jerusalem and Judah had fallen and the judgment of God that followed. However, the blame is actually on the leaders (elders and princes identified in 3:14) who have failed the covenant (3:8,11) and thereby brought on this breakdown of the social order. As JJM Roberts suggests, quite possibly verse 12 is a specific criticism of the young King Ahaz who was influenced by the queen mother and royal advisors.

Even if it were true that God’s using Deborah was meant to shock Israel concerning the state into which they had fallen, we surely cannot draw the same conclusions concerning Phoebe or Priscilla or other women recorded throughout the NT. Again, even if Deborah was as indicated, Redemptive Movement warns us not to draw the same conclusions from a previous period in a later period. Heb 10 for example asserts offering animal sacrifices for sins after Christ’s work is no longer acceptable.

The final question that I've struggled to respond to is regarding Junia. Although not whether Junia was a woman historically, it is 100% clear that she was a woman, and I can easily argue for this. I struggle to respond to the argument that this passage could also be translated as "Junia was known to the apostles" or could infer that Junia worked in partnership with her husband. People then argue that if Junia is the only clear example of a female apostle and this is shaky evidence, it is difficult to make a case for this. They add that Jesus had many female followers and didn't appoint any of them as apostles. Finally, they use the church's history to show that this change did not arise until modern feminist influences infiltrated church thinking.

I have addressed this topic in full in this article.

Paul says that the couple Andronicus and Junia were well known or prominent or outstanding “among the apostles.” Only in the NT is episēmoi used in a somewhat metaphorical sense. Literally the term means something like “stamped” or “marked,” hence “notable,” “noteworthy,” or even “noted.” Paul is making clear their honor rating in the apostolic circle. But does “in the apostles” mean “in the eyes of the apostles” or “among the apostles”? The patristic witnesses take the phrase to mean the latter rather than the former, and the examples cited in the Greek lexicon (BAGD) where “in” means “in the eyes of” include these specific words or some like them. M. H. Burer and D. B. Wallace have tried to argue for an elative force for “in the apostles,” saying that Paul would have used a genitive form of “apostles” if he meant “among the apostles.” But, as Moo points out, it would surely have been more natural for Paul to use hypo or a simple dative form if that were what he wanted to say. Furthermore, there would have to be a good reason that the Fathers, who knew this Greek far better than we do, overwhelmingly assumed that Paul meant “noted among the apostles.” It is then appropriate to conclude that Paul means that these two persons were not only apostles but were noteworthy within the apostolic circle