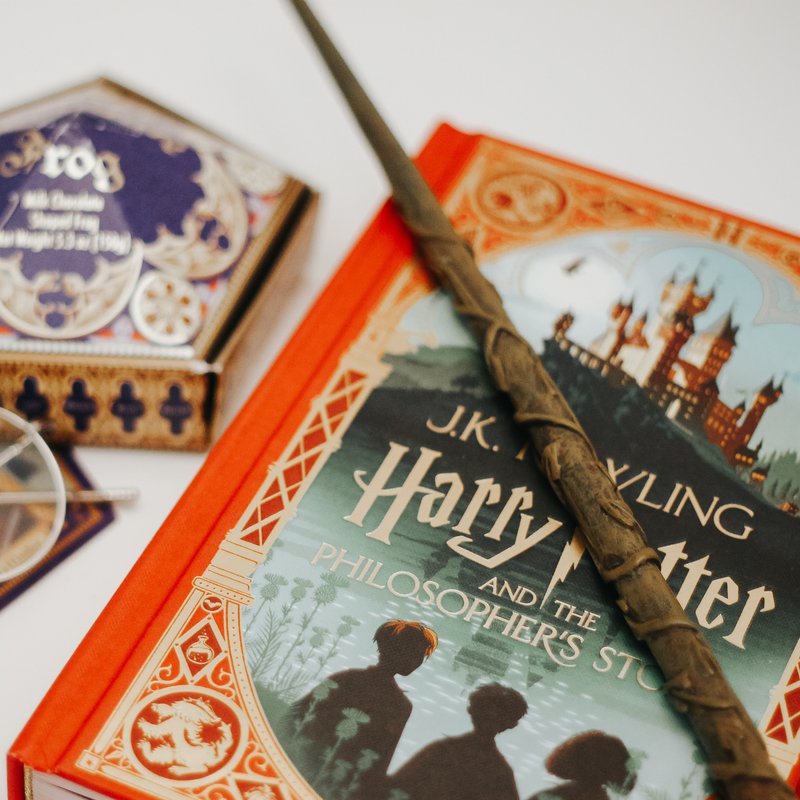 Isolation and Belonging in J.K. Rowlings’ Harry Potter and Joseph, prince of Egypt

During the peak periods of isolation in 2020, due to COVID-19, I drew comfort from two literary figures who knew what it was like to feel isolated: Harry Potter and the biblical figure of Joseph. We journey with both characters from places of isolation (Privet Drive and the land of Canaan) to what we might call heterotopias, or “‘countersites’ where ‘real’ sites are represented, contested, and reversed” (Westphal, 2007, p. 63). According to Opperman (2019), heterotopic fantasy contains two necessary conditions, an existence parallel to the ordinary world of the story and conflict between the inhabitants within the two realms. Both characters begin in places that are ironically isolating and find a situation reversal in unexpected places.

In the opening chapters of J.K. Rowling’s beloved novel, Harry Potter and the Philosopher’s Stone (known in the USA as Harry Potter and the Sorcerer’s Stone), readers are introduced to a young boy who has spent most of his life oppressed, mistreated and lonely. Harry’s situation is exacerbated by the setting in which he is described. The Dursleys live in a middle-class neighbourhood where the neighbours are close enough to spy on each other and overhear obnoxious boasting about a new company car. Yet Harry is lonely, friendless, and unable to share his life with anyone. If the Dursleys lived in a solitary farm somewhere far away from their closest neighbour, Harry’s loneliness would have been expected. That he was geographically surrounded by so many people, and yet unable to connect with any of them emphasises how ironically lonely he was. This is then starkly contrasted with his experience at the magical school of Hogwarts. The castle is isolated, away from the hustle and bustle of city life, even some walking distance away from the nearby village of Hogsmeade, yet within its walls is where Harry is most at home and surrounded by people who love him. Rowlings uses place in an impactful way to contrast isolation and belonging, so that readers feel settled in Hogwarts along with Harry.

The journey from isolation to belonging in Harry’s life mirrors, to some extent, the story of Joseph. He is described as the favourite son of his father Israel yet hated by all his brothers (Gen. 37:4, 5, 8) to the point that they “could not speak peacefully to him” (4, ESV). Joseph is the only brother left at home one day, yet when he is sent by his father to check up on his brothers, they have moved on without him. The isolation is exacerbated by the extra detail, “a man found him wandering in the fields” (15), creating a picture of Joseph as lost and alone. In the following verses, the brothers plot against him, selling him to Midianite traders on their way to Egypt (28). In a foreign land, far from his family and home, Joseph is eventually elevated to be second in the land (Gen. 41:41-43). Joseph articulates his journey in the names of his two sons: Manasseh, “For God has made me forget all my hardship and all my father’s house” and Ephraim, “For God has made me fruitful in the land of my affliction” (51-52, ESV). Joseph, like Harry, is introduced to us in a home where, despite being surrounded by many people, he is different and isolated. It is away from home, in the foreign land of Egypt, that Joseph becomes the hero of the story. Though the journey isn’t smooth, ultimately Joseph, the dreamer, becomes the prince of Egypt, a nation that is not his home.

When I read these stories in the context of isolation at home during the pandemic, I reflected on the way that COVID-19 has necessitated churches to step into a new ‘heterotopic’ space – bringing weekly church into the loungeroom. The online community of believers stepped up to the plate to create a place of belonging in an unlikely situation. Elevation Worship’s ‘The Blessing’ became an anthem across the world as over 100 virtual choirs, representing countless collaborations across different churches and denominations, brought people together under the banner of the Aaronic benediction (Fowler, 2020). For me, online church services and mid-week Zoom meetings with my connect group became that space to refresh. Like Harry and Joseph, we can also feel surrounded, yet isolated, unloved, and unwanted. Their stories remind us that we are not alone, that community – whether online or in person – is important, and that we can find hope in unexpected situations.

Oppermann, E. (2019). The Heterotopian Qualities of the Fantasy Worlds in J. K. Rowling’s Harry Potter Books and Cassandra Clare’s The Mortal Instruments. Journal of the Fantastic in the Arts, 29(3), 402+. Gale Academic OneFile. https://link.gale.com/apps/doc/A593353740/AONE?u=usyd&sid=AONE&xid=435d5eb0

Emma  is the Graduate Research School Officer at Alphacrucis College. She completed her Bachelor of Ministry with Alphacrucis in 2013 and continued on to study the Masters of Theology, with a semester exchange at Jerusalem University College, located in Israel. After completing her MTh thesis (2015), she returned to Jerusalem to finish her second Masters, focusing on the geography and history of the Bible. Imbued with a passion for the relationship between the biblical text and the geography of the Promised Land, she is pursuing a PhD on a literary geographical reading of Jeremiah.