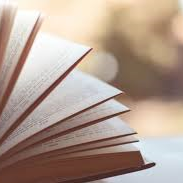 Reflections on Competition in Theological Education

It is conference season for academics, and I’ve heard a lot at recent gatherings of theological educators about how we should be co-operating, and yet a few mutterings over coffee about how unrealistic this is because our institutions are competitors. These mutterings were no doubt because all can see there will be a reduction in the number of colleges in years to come, given the large fixed costs of accreditation, the scale that is needed to get a reasonable return from substantial investments necessary to deliver high quality on-line education, and other forces at work. The economics of theological education are very different to a decade ago and current trends look like continuing.

The assumption below the surface of many of the conference discussions seems to be that co-operation is a good thing and competition very bad. This is far too simplistic. The mafia does cooperation very well between different parts of the family but the outcome is not at all pretty. Cooperation between firms to set prices in a market is rightly illegal. As for competition always being bad, what if the Western Sydney Wanderers saw the evil of their competitive ways and decided that for their next home game they would just have a friendly kick around of the ball with their opponents instead of a match?

The assumption that cooperation is good and competition bad also seems to have little theological basis. Unless we want to reduce the gospel to niceness. Or unless we want to restrict our ethical horizon to the small number of people closest to us. Or perhaps unless our theological concern is entirely about states of mind rather than real world consequences of things we advocate. Surely these are not restrictions of theology that right-thinking contemporary theologians who are most strident in their condemnations of competition would want to accept.

One person who has thought hard about these issues is Chris White[1], as part of his nearly completed doctoral thesis at Australian National University “Competition and Cooperation in Economic and Christian Thought.” Chris argues that part of the reason theologians and economists fail to engage with each other is their different understandings of competition. Economists understand competition as a structural characteristic of markets, while theologians tend to see it as a particular sort of behaviour – most often as mutually damaging rivalry. Theologians also see cooperation behaviourly, typically as something that happens in small groups of people who encounter one another face to face. By contrast, economists have an extended sense of cooperation which includes interactions mediated by markets between individuals who need not know each other, let alone meet face to face. Adam Smith’s “invisible hand” idea that individuals perusing their own interests within the structure of well-formed markets generate unintended and unforeseen benefits to others is the classic expression of economist’s view of cooperation. Smith (as I have argued in several books and articles over the last few years) framed his economics theologically, something which we don’t often see in these days of sharp separation between the disciplines of economics and theology. If contemporary theologians don’t like Smith’s and other early economists’ theological account of markets then please come up with a better account. It is a pretty thin literature at the moment.

Government policy is crucial to the structure of the market in which we operate as theological educators. The recent Harper review of competition policy in Australia[2] had some helpful recommendations about improving competition in human services, but was puzzlingly silent on higher education where issues such as competitive neutrality between universities and private providers seem pressing. Not just on efficiency grounds but on equity grounds as well.   I think we all need to be lobbying for progress here.

What might be the benefits of better structured markets in higher education? Competition imposes cost discipline on providers in the market, which is surely something of interest to the government when it is carrying much of the cost of higher education in Australia. Competition provides incentives for innovation in the market, such as new degrees which serve students’ needs better, new modes of teaching, and new ways of organising the backroom administrative support of core teaching and research activity. Competitive markets provide incentives for value creating cooperative ventures in teaching and research between players. In a well-functioning competitive market innovation by one player or group of cooperating players will be emulated by others, magnifying the gains.

What about the darker side of competition such as colleges cutting prices or over-investing in marketing to drive competitors out of the market, colleges seeking to harm competitors by poaching key staff, using influence in church circles to intimidate students away from other providers, seeking to isolate competitors from consortia or other cooperative initiatives in the sector. Some of these things are of dubious legality – and more likely to attract the attention of the Australian Competition and Consumer Commission if the “effects test” amendments to competition law recommended by the Harper Review come into operation. Even more importantly they are theologically dubious – in tension both with a theologically framed structural economic understanding of competition (which is really extended cooperation), as well as being in tension with the more traditional theological understanding of these matters.

Strategic mergers with other colleges seems to me perfectly consistent with the logic of competitive markets. Seeking to artificially delay or prevent this process leads to losses for all concerned; perhaps most damaging for students. The only question for me would be whether the proposed takeover or merger would lead to a substantial lessening of competition that would open the way to the abuse of market power. However, with the number of private colleges currently operating in Australia as well as the competition from universities, this is not going to be a concern anytime soon. And this is without even considering growing competition from overseas colleges and universities, facilitated by student mobility and steadily improving capacity to deliver theological education on-line.

About the Author: Professor Paul Oslington is the Dean of Faculty of Business at Alphacrucis College