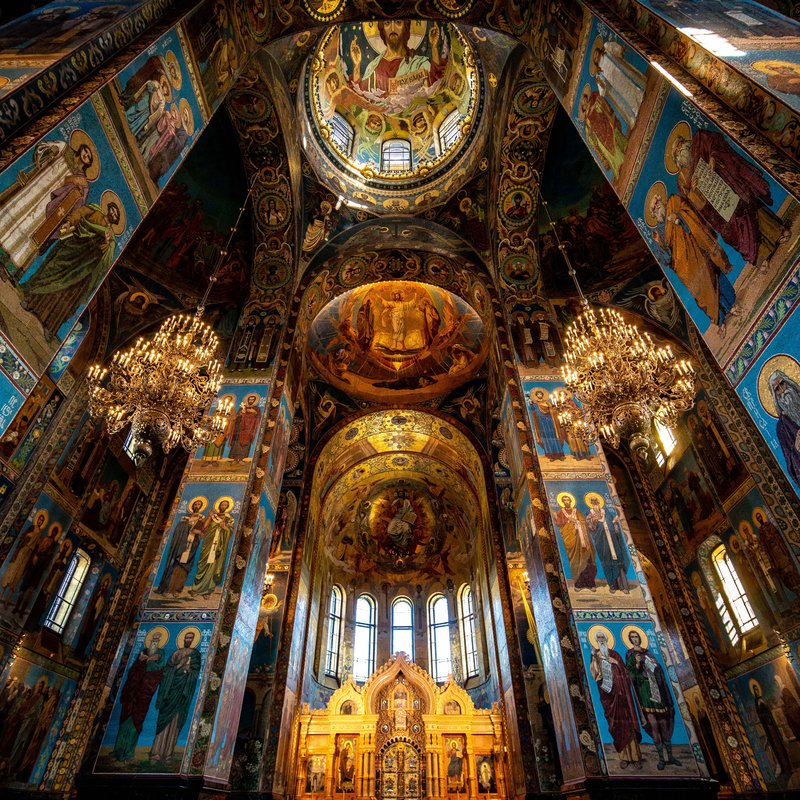 Religious – and Loving It!

“We’re not religious. We have a relationship with Jesus!” You may have heard this statement in your church circles. It is a pithy way of distinguishing Spirit-centric Christian living from more traditional expressions of the Church. If we want to be alive in our faith, we must break free from rules, rituals and religious ‘stuff’.

I grew up within this ideology, and it wasn’t challenged until I spent two years in Jerusalem, a city where many of its residents literally wear their religion on their sleeves. In my first few weeks at Jerusalem University College, we visited the Church of the Holy Sepulchre, where I turned my nose up at the overt religiousness, with walls covered in icons, incense filling the air, and pilgrims lining up to kiss the stone where Jesus was purportedly laid after being removed from the cross. Out of curiosity, I signed up for a class on Christian Communities in the East, and found my worldview completely challenged. Most transforming of all, we talked with people from these traditions.

During one particularly life-changing visit to monasteries in the Palestinian city of Jericho, a Romanian Orthodox priest was proud to show us their recently opened chapel with vibrant, breathtaking icons painted across the walls. Down the road, the Ethiopian church, which was only one small room, reflected much less wealth, but the brothers and sisters welcomed us, hospitably offering us fresh dates from their palm tree. The priest showed us his Ethiopian prayer stick which functions as a third leg for all-night prayer vigils. I struggle with one hour prayer meetings! Our final stop was a Coptic orthodox covent with an even smaller church and even fewer icons, each of which they introduced to us proudly and reverently, for they were like precious treasures. The main work of these monks is agricultural. They sow, harvest, and sell produce, like the cucumbers they generously piled into our arms. Out of the little they had, they blessed us abundantly.

What I learned from my time among the believers in Jerusalem and Jericho is that although these ways of being Christian and doing church are unfamiliar and often uncomfortable for me, it doesn’t mean they are any less passionate about God. In fact, I daresay many of them are even more so because they are risking their lives each day for the cause of Christ – even if they don’t have bright lights and sound systems to prove it. What I learned is not that one way of approaching Christian living is better or worse than another, but that they are different and beautiful.

One believer in Australia told me that Jesus hated all manner of tradition and religion, quoting Matthew 15:6, “Thus you nullify the word of God for the sake of your tradition” (NIV). On the face of it, it does seem like that is what Jesus is saying. However, the context of the passage addresses a much broader issue: some Pharisees and teachers of the law accused Jesus and his followers of breaking a law. Jesus responds that they themselves break the Mosaic law of honouring one’s father and mother (v. 4) to fulfil a newer tradition of giving money to the temple priests that should instead be reserved to protect one’s parents in their old age (v. 5). Their new traditions were hypocritical, because through them they nullified God’s commandments to Moses in Torah. So what was Jesus upset with? He rebuked these teachers for their hypocrisy, in legalistically imposing traditionalism upon others. Yet, He would have equally honoured them for upholding righteous traditions and laws that led to God.

Jaroslav Pelikan, an American historian, writes in his book, The Vindication of Tradition: “Tradition is the living faith of the dead, traditionalism is the dead faith of the living” (1993, p. 65). In other words, through tradition, religion, and liturgy, believers carry on Christian practices that are centuries old. We have traditions and liturgy too, but we’re comfortable with them – opening the service with praise and worship, a time of prayer and an offering message, listening to the sermon, closing with another song. I want to be religious if it means faithfully attending a service each week, upholding a standard of morality and ethics, meeting God in each aspect of my life – a living faith through tradition.

I believe there are dangers in disparaging ‘religious Christianity’, by which we implicitly and explicitly point to other Christian denominations and call them ‘boring’, ‘dead’ or ‘not in relationship with God’. We create an us-them mentality, where our way of being Christian is somehow more holy or pleasing to God. Consequently, we construct walls against dialogue and miss opportunities to learn from other ways of meeting with God.

I visited a Syriac Orthodox church in Los Angeles a few years ago with another Pentecostal friend. When one of the priests heard that we were interested in seeing the church, he literally jumped out of his seat with enthusiasm and offered to show us around. After he pointed out key features of the iconostasis and architecture of the church, my friend tentatively asked him about his ‘relationship’ with God. His face lit up as with great excitement responded:

"God is with me in everything I do, not only my prayers and worship, although he delights in those especially. He is with me when I sit down to work in the office or to enjoy a meal with my family. He comforts me when I am sad and delights with me in my successes. I love to participate in liturgy because it is a time for me to shut out distractions and worship him with all of my senses.”

The passion he displayed in his response was inspiring, convicting, and challenging.

These days, when someone outside the Church asks if I’m religious, I respond with the type of enthusiasm the Syriac Orthodox priest did: “You bet I am! And it’s the best, most fulfilling part of my life!” Why don’t we try to recapture “religious” for the glory of God, rather than disassociate ourselves from it. In the process, we can extend the hand of friendship to other Christians whose way of practicing their faith may be unfamiliar, yet no less challenging, enriching, and profound.

Emma is the Graduate Research School Officer at Alphacrucis College. She completed her Bachelor of Ministry with Alphacrucis in 2013 and continued on to study the Masters of Theology, with a semester exchange at Jerusalem University College, located in Israel. After completing her MTh thesis (2015), she returned to Jerusalem to finish her second Masters, focusing on the geography and history of the Bible. Imbued with a passion for the relationship between the biblical text and the geography of the Promised Land, she is pursuing a PhD on a literary geographical reading of Jeremiah.