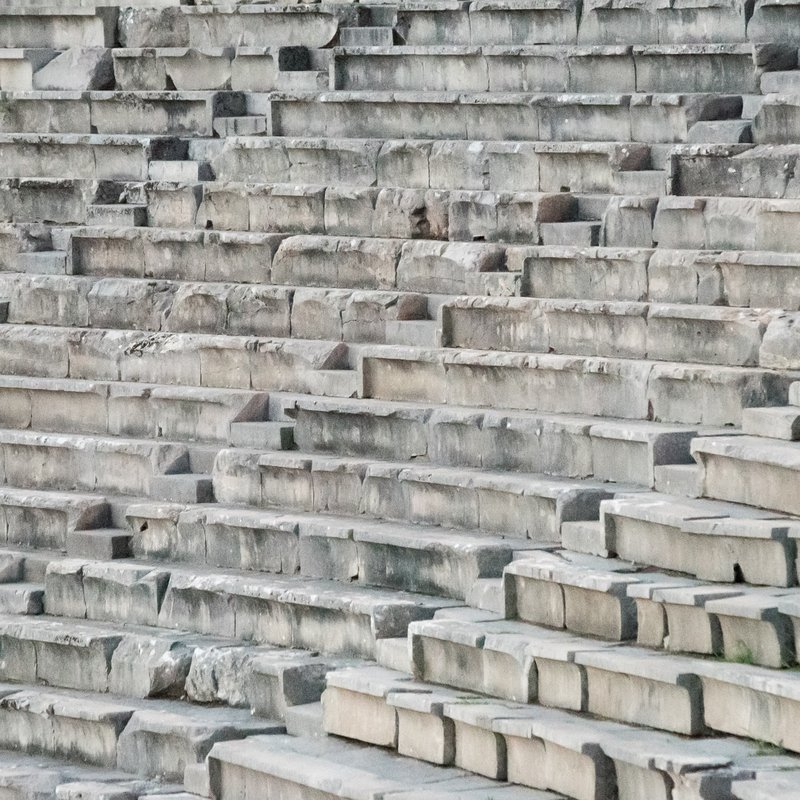 For most people, the Book of Revelation is a relatively closed book. Scholars of the text have traditionally subdivided the book into three main sub-genres: epistle, prophecy, and apocalyptic literature, applying different interpretive frameworks. Others instead scour the book for keys that hint at possible future prophecy. The problem with each of these approaches (and many other approaches to the text) is that they tend to subdivide Revelation into various portions and treat each portion separately, rather than understanding the entire text as a totality.

This is problematic as the Book of Revelation itself tells us that it is a single, cohesive narrative that was experienced by John. Most historical understandings also tell us that this was how all NT texts would have been experienced by the early Christians: in a single sitting, as a whole. In order to fully appreciate its message, we should also approach the text in the same way: as a single, unified “performance.”

This leads us to a particular interpretive method: performance criticism. Simply put, performance criticism recognizes that many of the texts of the Bible have performative features; they were intended to be performed in front of groups of people. Here, of course, we are not understanding performance as “acting,” but rather recognizing the performative elements of reading a text aloud to a massed group of people. This is a practice that we find all the way through the Scriptures.

The book of Deuteronomy, for example, commands the priests to “read this law before all Israel in their hearing” (Deuteronomy 31:11). After destroying the city of Ai, Joshua assembles the entire assembly of Israel and “read all the words of the law, blessings and curses, according to all that is written in the book of the law” (Joshua 8:34). 2 Kings shows that Josiah, upon discovering the book of the law, brings together all of Judah in order to “read in their hearing all the words of the book of the covenant,” (2 Kings 23:2) and we are also told that Ezra did the same after rebuilding Jerusalem’s wall (Nehemiah 8:1-3).

It seems that the practice was also common in synagogues during the first century CE—in a well-known passage from the Gospel of Luke, Jesus “stands up to read” and is handed the scroll of Isaiah, which he dramatically stops reading mid-sentence (Luke 4:16-21). The early church devoted themselves to the “public reading of scripture,” (1 Timothy 4:13) and it seems highly probable that the letters found in the New Testament canon were read aloud to the assembled ekklesia. Paul seems to assume that his letters will be read aloud to assembled ekklesiai, seen in his habit of addressing multiple people in his letters. Reading aloud, it seems, was common practice up to the time of the early church.

Important to remember also is the Greco-Roman culture which surrounds the New Testament: the Romans demanded excellence in oratory, and both performance and the visual cultures formed an integral part of Greco-Roman society; aside from the well-known theatres in which dramas were performed, there was a diversity of dramatic performance around the empire, including street mime, presentations at private symposiums and even smaller works designed to be read or enacted before a limited audience.

What does this mean for us today? It is difficult to say without first watching a performance of the text—unfortunately, these are vanishingly rare as we simply do not  think of the texts of the Bible in this way. In lieu of watching an actual performance, however, a performative reading challenges us to hear the entire text read aloud in a single sitting, without the text in front of us. This will allow us to imagine the various events depicted in the text as they play out and may give us a different understanding to what we had expected.

In doing so, it is important to remember the conventions of drama and performance—for example, overexaggeration and clichés are common, violence is often purposeful and serves as a commentary, and many actions hold a deeper significance. Performance often serves as social commentary and draws people into the story being told. In other words, performance is a place where the audience suspends their disbelief and their expectations and understand that particular actions or events can reveal deeper, more complex meanings than if the text were simply read. Neither the rules nor the constraints of reality need to be followed, and so all bets are off.

When it comes to interpretation, particularly of Revelation, such an approach opens up a wide variety of possibilities. First, this approach brings with it an implicit understanding that no performance is to be taken literally. This means that we are freed from having to find a literal dragon, or Land-Beast, or Sea-Beast, and are instead able to look to the metaphorical or allegorical significance behind these depictions. Second, it helps to explain some of the troubling issues with the text—for example, if the violence seen is “theatrical” violence, then we can understand it to be cathartic and symbolic rather than literal. This does not mean that we can ignore it, but rather are pushed to ascertain its deeper meaning.

Finally, this reading facilitates a plurality of interpretations and approaches, allowing the text to continue to be relevant across time. In the same way that Shakespeare or Plautus’ works continue to be performed, understood, and interpreted in various contemporary settings, the text of Revelation deserves to also bring life to successive generations. Understanding it as a performance allows each performance, each setting, each individual audience member’s interpretation to be unique and distinct—meaning that it cannot be hijacked and distorted to suit particular agendas.

Dr U-Wen Low is a lecturer in Biblical Studies and Program Director of the Master of Arts, Graduate Diploma of Arts and Graduate Certificate of Arts at Alphacrucis College, Melbourne.