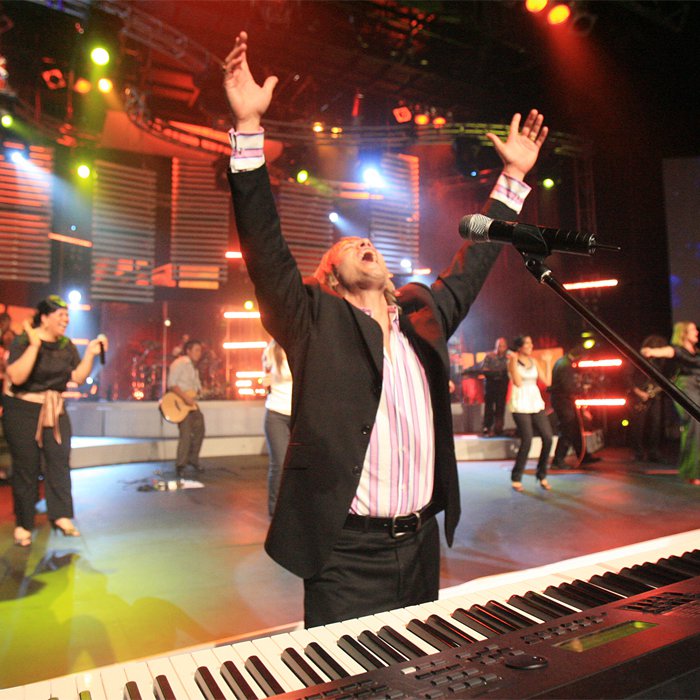 What On Earth Are We Singing? A Series On The Contemporary Congregational Song – Part 7

In my previous Crucis article, “The ‘Praise and Worship’ Problem”, I proposed the need for a new way of categorising the songs we sing corporately (and individually) as believers.  The damaging binary of ‘Praise and Worship’ needs to be replaced with a taxonomy that is comprehensive but simple, accurate but flexible, and most importantly, useful for the choosing of, and understanding of, congregational songs.  I proposed the following: 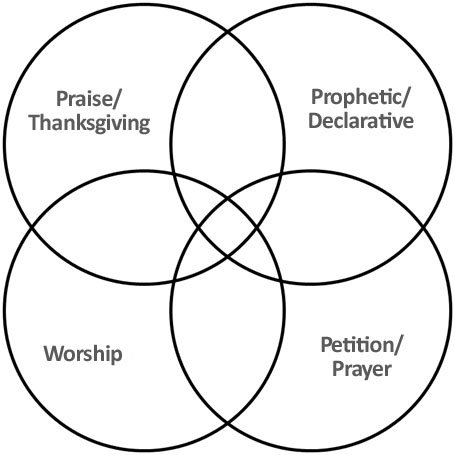 These are not explicitly biblical categories, although they certainly have biblical foundation and precedence.  Other taxonomies have been proposed, but to my mind, they are either too simplistic, or too complex, rooted in a single biblical passage, or purely in musicological analysis.  The proposed four categories, however, are grounded in my theomusicological analysis of the most-sung contemporary congregational songs (CCS), that is to say, they are firmly rooted in what we’re actually singing.[1]  In that study, eleven of the top twenty-five CCS had a primary focus of Praise/Thanksgiving and 3 had it as a secondary focus.  Seven songs were primarily Prophetic/Declarative with 4 others making it a secondary focus.  Worship had 5 primary and 4 secondary, and Petition/Prayer had 2 primary and 3 secondary, as seen in the graph below: 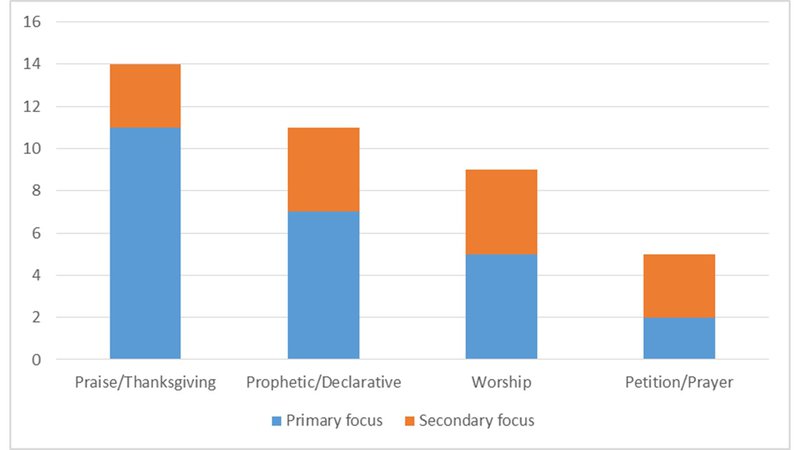 However, they are still only 25 songs among the hundreds of thousands of songs which Christian Copyright Licensing International (CCLI) represent, albeit, the most widely accepted and popular CCS.  While no one has applied my categories to all CCLI-represented songs that I know of, songwriters themselves have identified the themes of their songs when they register them with CCLI.  Those ‘themes’ are publically available through CCLI’s SongSelect site.

SongSelect[2] is CCLI’s online repository of sheet music and lyrics for all of the CCS they represent.  It is the primary resource for churches worldwide to acquire sheet music (including chord charts, and lyrics) for songs they intend to sing in church services.  While they don’t represent every song ever written, they represent hundreds of thousands of songs sung around the world, across scores of denominations and tens of thousands of churches.  Thus, it is the most comprehensive database for such an undertaking.

Themes were made searchable in SongSelect to help subscribers find songs they were looking for; songs that were appropriate for particular times of the year, events, preaching topics, or other foci.  Because themes are not constructed by CCLI or SongSelect subscribers, but rather initially entered by the song owners, or their representatives, they accurately articulate the themes that songwriters feel reflect the focus of their lyrics.  There is one caveat to this statement; songwriters may include a theme that they think people will search for more often, over a theme that might more accurately describe their song, but is ‘too unique’.  Nevertheless, SongSelect records an impressive 336 themes in its database, starting with “Abiding” and ending with “Zion”.  Some of them are quite obscure, such as “Americana”, “Cantata”, and “Hanukkah”, while there are also the themes one would expect, like “Love”, “Jesus”, “Faith” etc.

The important question as it relates to this article is, “Do the 336 SongSelect themes correlate to the taxonomy I proposed of four CCS categories?” and if so, how?  First, however, some qualifications need to be made regarding the themes as they appear on SongSelect.  In total, there are 312,253 times where themes are assigned to CCS in SongSelect.  Individual songs often have multiple themes assigned.  For example, What A Beautiful Name by Ben Fielding and Brooke Ligertwood[3] has six themes assigned; “Glory”, “Jesus”, “Majesty”, “Power”, “Praise”, and “Victory”.  10,000 Reasons (Bless The Lord) by Jonas Myrin and Matt Redman[4] has four themes assigned:  “Adoration”, “Blessing”, “Christian Life”, and “Praise”.

Eighty-Five themes have less than 100 assignments each.  Many of these are quite obscure or niche, such as “Baby”, “Haven”, “Hell”, “Instruments”, and “Persecution”.  However, some are surprisingly scant, such as “Psalms”, “Great Commission” and “Pentecost”.

If we dismiss those lowest 85 as being the least representative of the genre, that is to say, the most obscure, or exceptions to the norm, that still leaves us with 251 themes.  Furthermore, songs tagged with obscure themes are often also tagged with common themes, so virtually all songs are still represented.  Even so, 251 themes is unwieldy for this short article to address properly.  On the other end of the list, there are 91 themes with over 1000 assignments each, that is to say, these themes are the most common.  While it’s still a large list, these are the themes I will demonstrate fit into my four proposed categories for CCS.  It would be an unnecessarily arduous and time-consuming task to look at every song assigned to every theme.  Rather, I provide the table below as a summary, and will discuss a few examples.  It should be noted that some of these themes may well fit under multiple categories, which I have included where clear.  In fact, four themes are not primarily about the content of the lyrics as much as they are about the audience (e.g. “Children”) or event, (e.g. “Christmas”, “Advent”, and “Easter”).  I have left these out of the table as they may apply to one or multiple categories, depending on the actually lyrical content of the song. 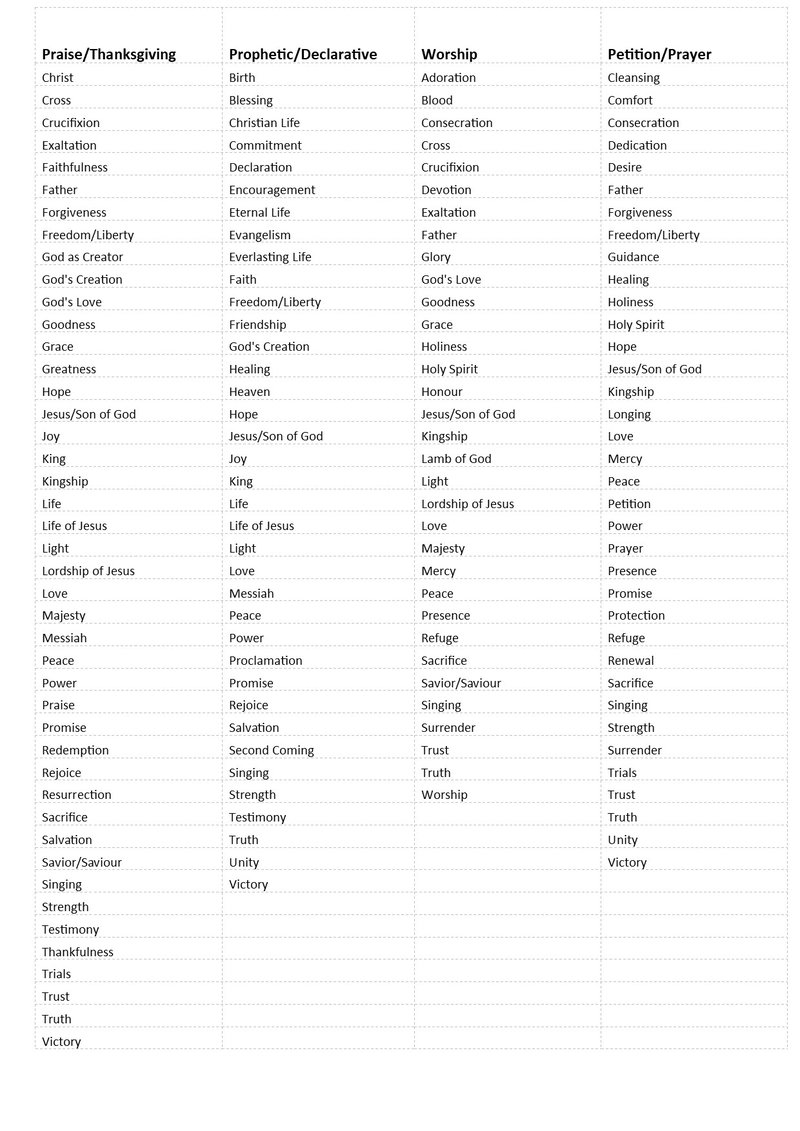 The first point worth reiterating is that these themes are not necessarily included in the actual lyrics of any song, thus, there is an element of interpretation as to what the lyrics might be, given the assigned theme.  A closer look is required.  Taking the theme of “Messiah” as an example, I placed it in the categories of Praise/Thanksgiving and Prophetic/Declarative.  Many of the popular songs with this tag are Christmas Carols, such as Joy To The World, Silent Night, Once in Royal David’s City, and, While Shepherds Watched (none of which contain the word “Messiah” in their lyrics), which also means they contain theme tags like “Christmas”, “Savior/Saviour”, and “Birth”.  Overwhelmingly, these fit in the Prophetic/Declarative category; they exclaim the story of Christ’s birth and its significance to humanity. Two of the more recent popular CCS with this theme are There Is A Redeemer by Melody Green,[5] and Jesus Messiah by Chris Tomlin, Daniel Carson, Ed Cash, and Jesse Reeves.[6]  Both of these fit primarily in the Praise/Thanksgiving category.

One more example will suffice.  Consider the theme of “Consecration”, perhaps not a word you’re familiar having to sing, but nevertheless not an unfamiliar theme.  I placed this in both the Worship, and Petition/Prayer categories.  Interestingly, the most popular songs with this tag are hymns in the public domain, such as Be Thou My Vision, I Surrender All, and Rock of Ages.  Of the more recent songs (songs that actually fit the definition of CCS), there is None But Jesus by Brooke Ligertwood,[7] also containing the tags “Crucifixion”, “Declaration”, “Praise”, and “Presence”; The Potter’s Hand by Darlene Zschech,[8] tagged also with “Guidance”, “Prayer”, and “Surrender”; Refiner’s Fire by Brian Doerksen,[9] tagged also with “Holiness”, “Humility”, and “Trials”; and I Will Rise by Chris Tomlin, Jesse Reeves, Louie Giglio, and Matt Maher,[10] tagged also with “Lamb of God” and “Worthiness”.  None But Jesus is predominantly Worship (although the CHORUS is Praise/Thanksgiving), and The Potter’s Hand and Refiner’s Fire are mostly Petition/Prayer.

I Will Rise is more Prophetic/Declaration, bordering on Praise/Thanksgiving, neither of which I attached as categories to the theme of “Consecration” (in the above table).  Clearly, I haven’t just chosen an ‘easy’ theme simply to justify my categories.  Nevertheless, I want to make the point here that the lyrics of I Will Rise still fit one of my proposed categories, even if the theme attached to the song isn’t initially clearly connected.  That is to say, the four CCS categories work across all CCS, and identify the broad direction of the lyrics, despite any ambiguity in the themes assigned by songwriters.

At the time of writing, the “Popular searches” in the themes section of the website, were: “Worship”, “Praise”, “Love”, “Declaration”, “Jesus”, “Adoration”, “Christmas”, “Salvation”, “Prayer”, “Faith”.[11] Four of those are defining terms for the taxonomy I have outlined: “Praise”, “Declaration”, “Worship”, and “Prayer”, which means Christians intuitively identify songs within the four categories.

Does reducing the 336 SongSelect themes to four categories oversimplify the songs we sing?  And, even if it doesn’t, is it genuinely more helpful to have four categories than two, or five, or twenty, or 336?  I’m honestly happy for a better solution to be proposed than these categories.  I’m not holding on to them doggedly in the face of evidence to the contrary.  I often ask people if they sing any songs in church which wouldn’t fit this taxonomy.  Ultimately, this is about understanding what it is that we, as believers – individually and corporately – sing, and how the focus of certain lyrics might skew our theological understanding, or our ability to express the full scope of our worship musically.

If, in fact, these categories are the most accurate and useful, then perhaps songwriters or collection agencies (such as CCLI) need to start defining songs in these terms.  That way, we could easily assess where we’re placing the greatest emphasis in our corporate musical worship, and identify how certain songs are reflecting or shaping the focus within our local churches.

Rev Dr Daniel Thornton is the Head of Arts at Alphacrucis College.  He is a professional composer and performer, and also travels extensively ministering in churches and training worship teams around the globe.