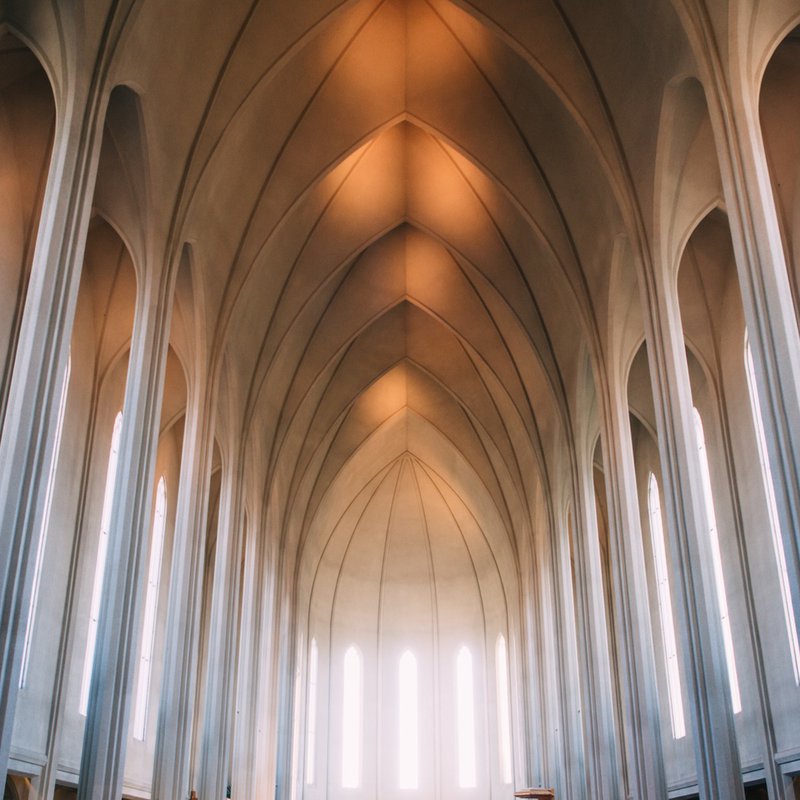 What makes our worship “Pentecostal”?

At the moment, I’m preparing to teach a course on Pentecostal distinctives as they relate to church worship. When my Malaysian host requested this topic, I was a little reluctant. After all, I live in Sydney, where cessationists and Pentecostals have been locked in theological showdowns of institutional power versus popularity since mid last century. These lines are only recently starting to blur. My response has been to de-emphasize our “distinctives” in hope we could find unifying characteristics, rather than ones that drive Christians further apart.

Living in the US, I found a similar-but-different division ignited by the hippies within the “Jesus people music”, or contemporary worship movement. The manic sounds of Asuza Street had offended the ears of Los Angeles’ elites, but it was not until the era of Worship Leader Magazine that the Pentecostal church truly threatened the influence of church liturgists. As congregations began to move away from official denominational songbooks towards music distributed on vinyl records, the liturgists hit back. Marva Dawn calls these years the “Worship Wars”. But the move in the USA is now undoubtedly back towards the liturgy, with David Crowder and David Gungor proclaiming that contemporary worship as we knew it is over.

So the question is, if the writing is on the wall, why wouldn’t we champion the dismantling of the Christian Contemporary Music genre?

Well, I think it’s all a little premature, to be honest, because the conversation hasn’t really been a dialogue.

Instead, traditional church liturgists continue to issue songbooks, and publish their thoughts in journal articles. Meanwhile, contemporary Pentecostal churches continue to make music. Adapting quickly to CDs, then iTunes and mp3s, they used their advantage in technology to rise to the top of the music charts. Worship leaders are now singing their hearts out on our morning television shows.

But there isn’t yet an acknowledgement of why Pentecostal music took over the hearts of the people so quickly, or what it brings to the church as a whole.

When it comes to worship, most talking was left to the liturgists, while Pentecostals refined the art of singing. Usually, Pentecostals smile and agree with this assessment, even stating a preference for it. But without anyone articulating the strengths of Pentecostal musical practices, critics easily misunderstand them.

Unfortunately however, marketing professionals are speaking, and Pentecostal music is now characterized largely by how it is sold – with a cliché image of a celebrity worship leader in a dimly lit room with a single iconic beam of light illuminating raised hands. This is how Pentecostal music is known in the US – for its branding techniques, and for “bad lyrics”. There’s a funny YouTube video circulating on how to write a worship chorus, and it advocates, “Something always needs to be on fire”. That’s about how deep the investigation into Pentecostal music has been.

Simon Coleman explains how the repeated images of Pentecostal worship postures used in marketing have created a ‘generic Pentecostal’. In his view, however, these postures represent embodied structures of feeling. As bodies are trained to worship together, this carries over into shared beliefs about God and life. That’s part of the importance of gathering for worship. But there’s a lot more that can be said about Pentecostal worship than this alone.

Can Pentecostal Scholars Bring Something to the Table?

Unfortunately, it seems that many of the pastors in our movement aren’t aware of why they do what they do in worship – or why it works.

It’s an age old saying that academics don’t build the church. But maybe we’re finally at the point where scholars are useful again, as the marketers and critics shift our movement’s compass. We need better reasoning for our worship practices than “because we’ve always done it this way”, or “because that’s how it’s done on the CDs”. The only way to get in touch with the legacy of Pentecostal worship is to read Pentecostal scholarship.

Maybe some of my friends will be offended here, but scholars are largely uncorrupted by the “cool”. In a world obsessed with image, scholars are interested in what is real. And this focus can help the church in many ways.

Worship begins with A Transformed Imagination

For example, Pentecostal scholar Amos Yong notes the importance of the presence of God’s Spirit (‘pneuma’ in Greek) and from this presents a “pneumatological imagination” drawn from the Acts 2 passage.

This helps us understand that Pentecostalism isn’t what we do, but a value system we hold onto.

The “pneumatological imagination” is a radically transformed state of being for those whom God’s Spirit was poured out upon, with tongues of fire upon each believer’s head. Yong notes that this event supernaturally empowered the church as a community of believers to better engage the culture around it, and to discern truth. This transformation still occurs in the church today.

Therefore, we can say that when it comes to worship, it’s not about the method. Meaning it’s not about the new songs we’re singing. It’s not about our great lighting or the fact we’re raising our hands when we sing. It’s also not about the worship leader singing at this Sunday’s service. Those things are important. But our contribution is something deeper than that.

Yong’s “pneumatological imagination” suggests that our contribution to the church has something to do with the way we imagine our world, which in turn redefines the way we do things.

And when we start to connect the first Pentecost event to the characteristics of Pentecostal church worship, we can see that certain things are emphasized in our local churches, which are often absent in other denominations.

The Upper Room was a strange space. Those inside that room were ordinary people united simply by their love of Jesus, and their desperation to hear that the crucifixion wasn’t the end of the story. This sounds a lot like many of our churches today.

In that place, the walls became a firm boundary between the group and their world. As they stayed and waited upon God, they were unified in prayer and worship. And then something happened. The Spirit became tangible amongst them. And, what occurred inside that moment spilled out beyond those walls into the world.

The first outpouring of the Spirit was an experience shared by all – women and men, the old and the young, all nationalities and races.

In our churches today, the Spirit welcomes all. And, when we worship, the usual power distances between us change. Women’s voices are amplified, and we even begin to imagine them even as directors of boards. Young people with dubious education become leaders, so that even a Magistrate might affirm their right to speak. This is most unusual.

It reflects the gospel story, and Jesus, as a little Hebrew baby, born to a virgin, proclaiming himself Lord in a Roman world. Most unusual… almost ridiculous. Pentecostal worship recovers this sense of the ridiculous. In a world where everything is becoming professionalized and corporatized, it claims that worship cannot be work. It is play.

The creative life that flows through our worship community can mean we sometimes find ourselves in ridiculous moments. Pastors take selfies from the platform, and we giggle and log in to ‘like’ our own ridiculousness. We find ourselves laugh-crying, not sure which response is more real.

This is also important. In a world where we are alienated from our own bodies, Pentecostal worship provides a way to reconnect with both God and our selves. We dance (or mosh-jump awkwardly), we sway and we sing with new sounds and languages. The Pentecostal service at its best is interactive between those on stage and the congregation, encouraging each other into freer, more abandoned expressions before and with God.

From the early church to today, glossolalia or speaking in tongues has been a profound mystery where one’s body speaks louder than one’s mind. Of course, I’m not advocating a disordered, chaotic meeting. In Australian worship we have taken Paul’s discouragement of tongues in public meetings, and ordering who speaks when seriously. Maybe even a little too seriously for some.

These new languages facilitated a democratic participation in the church – an embrace of the entire known world – acting as a sign that both preempted and drives the transnationalism we see in church today.

In our Pentecostal churches, it’s normal to link to Latin America or hear preaching from Johannesburg. These are realities we rarely hear in our media. The Ukrainian church becomes representative of our friends, and we partner with them in prayer for peace. Syrian refugees are named people, known and valuable. We appreciate the landscape of the cities they came from in a way that we never would have without the Spirit’s presence and unifying embrace.

In fact, from the very moment a video or worship leader calls us in to the worship space, things become very real – we can ‘read’ each moment like the daily newspaper. As Peter proclaimed, ‘this is that’. The bystanders complaining about a group of drunkards realized they were witnessing a move of God, and were enveloped into the story. The power of interpretation makes what is happening very clear.

Aboriginal Pastor Tim Edwards stands by a pulpit in Perth, and invites his church to come and share stories of their mothers. And as they walk forward and lean into the microphone, Australia’s stolen generation creates a new story, one in which Aboriginal mothers are good, kind and generous. And, although children may have been removed and languages silenced – despite all the suffering they have endured, they stand to testify that God has been present as both their Father and their Mother. This is survival. And, in telling the story in this way, and allowing mother’s tears to fall, shattered families are healed.

It’s this internal soul work that leads to a new reality. We sing “Spirit lead me where my trust is without borders”, and suddenly we are ready to take that step of faith. We are slowly, song by song, surrendering ourselves to become the people of God. It is hard, and it hurts, but we know it is worth it.

This idea that God works in, not despite, our world is of great importance to Pentecostals. The Spirit is moving. Therefore, we inhabit an “en-spirited” or enchanted world. There is no clear line between the material and the spiritual. It is all made alive in God.

And, this represents an interconnectedness that stretches far beyond the church. When we gather, we know that God’s Spirit is here. And it is also out there. And where God is, we are safe. We may suffer, but we are resurrected with Him. There is hope.

When we view things through God’s eyes, suddenly a random conversation is an opportunity. A shut door is a sign of a new direction. And the political world is only the behind-the-scenes. We can discern what is really happening.

Therefore, we are able to partner with God in bringing true justice. All people are called into a better place. Our world can come alive in Him.

But as yet, we can see that the world is in darkness. And so we sing “May your kingdom come, may your will be done”, but with a smile on our face and hands outstretched, knowing that even now, life is breaking in, and we are gathered to receive the sign of the dawning of first light.

Why do you worship the way you do?