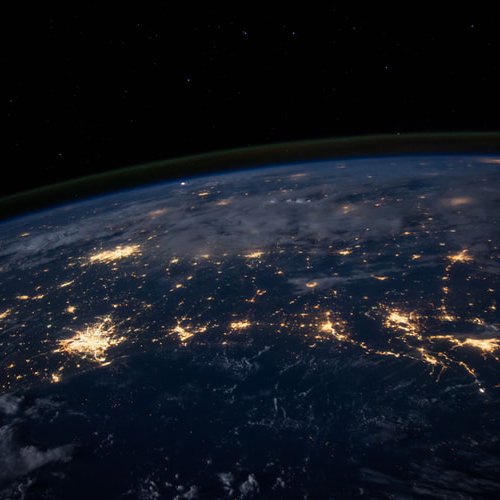 Who Will Win the 2019 Economics Nobel Prize?

Trying to pick Nobel Prize winners almost always ends in disappointment, and as an economist I have to be especially reticent about predictions based on our record of forecasting the economy.  We have citations, which tend not to be a very helpful guide, the betting markets which have been a better guide in the past, and other polls of economists about who they think will win.  Beware of any predictions offered here.

The Prize is meant to recognise lasting contributions to economic science.  The late Paul Samuelson is a good example of a Laureate who left us with a higher standard of mathematical rigour in the discipline, mostly to the good of the discipline. Similarly, Kenneth Arrow and Gerard Debreu for the general equilibrium model which was the core of the discipline through the second half of the 20th century.  Similarly, the econometricians who have won, such as Radgar Frisch, Jan Tinbergen and Clive Granger, have left us with widely used techniques of analysis.  Gary Becker’s application of simple rational choice models to an incredible range of topics opened the way for many others – such as Richard Posner’s applications to law, and Larry Iannaccone’s work on the economics of religion.

The Nobel committee is also making an important statement about what economics is when awarding a Prize.  Daniel Kahneman won in 2002 for his work in psychology, Elinor Ostrom was regarded as much as a political scientist as an economist, and philosophy was a large part of Amartya Sen’s work 1998. There is a strong message here about the expanding domain of economics, the importance of cross disciplinary fertilisation of ideas, and the need for broader approaches to economic questions.

However, all sorts of other considerations come into play.  The committee was never going to give Eugene Fama the prize in the year of the financial crisis for his work on the efficient market hypothesis, and if anyone was going to win finance prize that year it would have been Kiyotaki and Moore for their work on credit market imperfections.  Getting a balance of nationalities, gender and politics seems also to be a consideration.   The award to Kantorovich in 1975 was difficult to fathom apart from balance, and the award shared between Myrdal and Hayek in 1974 seemed to be a bet each way by the committee as these two disagreed on almost everything.  But balance didn't work for Joan Robinson who famously failed to become the first female winner before her death in 1983, and we had to wait until 2009 for the award to Elinor Ostrom (sadly who is no longer with us).

Some  possibilities for the prize are:

Jagdish Bhagwati, Avinash Dixit, perhaps with Elhanan Helpman and Gene Grossman – for increasing our understanding of the political economy of trade.  Awarding it for trade would be an endorsement of the strong positions Bhagwati has taken on the evils of preferential trade agreements, and against including trade and labour clauses in trade agreements.  The others have made outstanding theoretical contributions but splitting it four ways is rare.  Adding Marc Melitz for his work at the firm level on trade would make it an even more unlikely five-way award.

Erwin Diewert – Index Numbers.  A pretty unsexy topic but a foundational one for many other areas of economics, and Diewert has been the outstanding contributor.

Joshua Angrist, Jerry Hausman, Peter C B Phillips, Ed Leamer, John List - An award for econometrics is a safe choice, and any combination of these is in with a chance.

Esther Duflo and Abihijit Banerjee – Development Economics and Poverty Lab.  A big contribution on an important topic, but is it too early for this award?  Other high-profile figures in development such as Jeff Sachs and William Easterly probably don’t have a significant enough theoretical or empirical contribution to be a chance.

Richard Easterlin – Happiness.  The jury still out on the economics of happiness, and his contribution was identifying the issue, rather than any outstanding theoretical or empirical work.

Jagdish Bhagwati, Anne  Krueger– for the theory of rent seeking.  The death of the obvious candidate for a rent seeking award Gordon Tullock, though, reduces the chance of this.

Hal Varian – Network Economics.  This would be a well justified award, though the committee may feel queasy about giving it to some who left academia to be Google’s chief economist.

Ernst Fehr – Neuroeconomics or Fairness. Too early perhaps for neuroeconomics, and personally I find it a bit flaky, but his work on fairness is well established and important. Bruno Frey would be a possible partner in a European award.

Thomas Piketty – Inequality.  This would be cheered in many circles and be a strong political statement from the committee. While the empirics are impressive, the theory is much less so in my view.  If we’re going to have a prize for inequality then it should have included the late Tony Atkinson who was the pioneer here.

Do any Australians have a chance? Murray Kemp has been discussed as a serious contender for his theoretical proofs of the gains of trade, but international trade theory has moved on and Murray’s time seems to have passed.  Kemp’s only chance might be with Bhagwati for work with Henry Wan on customs unions? Geoff Brennan perhaps had his chance when his co-author, James Buchanan won, and seems unlikely now.  Perhaps Adrian Pagan, but he is a superb all rounder and the committee likes tying the prize to a particular contribution.  Ditto Max Corden in trade and macroeconomics.  Australia has been a pioneer in computable general equilibrium modelling, and if the committee thinks that an award is warranted for this, then perhaps Peter Dixon is a chance with Dale Jorgensen. Or Warwick McKibbin with someone else in another environment-flavoured award.  Oh that a small proportion of the investment in Olympic medals be diverted to developing (and retaining) Australia’s best and brightest young economists.

All will be revealed on October 14.  You can come along to our Economic Society Nobel Night  https://esansw.org.au/home to hear from our panel, to speculate yourself, and have something to eat and drink at our Sydney CBD pub venue before we watch the announcement streamed from the Nobel Committee site www.nobelprize.org/.

Paul Oslington is Professor of Economics at Alphacrucis, the national college of the Pentecostal movement in Australia. Alphacruics was ranked no. 1 in Australia across all universities and colleges for student satisfaction with the overall quality of educational experience in postgraduate business and management courses, according to the most recent government QILT survey of student experience.