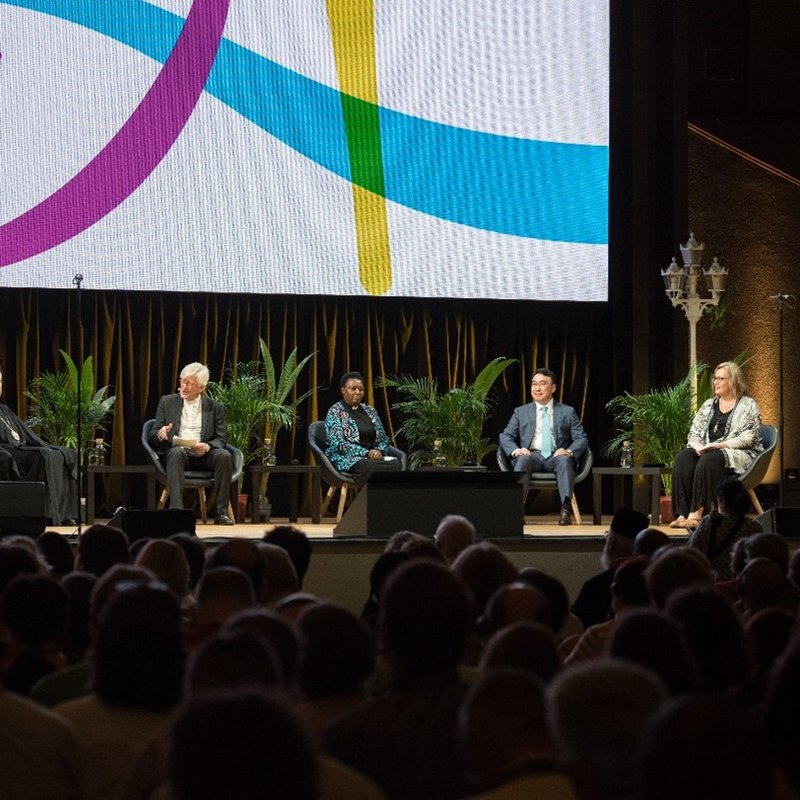 The World Council of Churches (WCC) invited me to be the spokesperson on behalf of global Pentecostals at a plenary session of their 11th General Assembly. The General Assembly, which met in Karlsruhe Germany from 31 August to 8 September 2022, included international church leaders from across most Christian traditions. As the General Assembly only meets every eight years, it was a particularly special gathering and a great privilege to be invited in this capacity.

I was invited to speak at the final thematic plenary of the General Assembly as part of a panel discussing what Christian unity means today. The panel included representatives from Roman Catholic, Eastern Orthodox, Anglican, Reformed traditions, as well as myself representing global Pentecostals. The anchor text for the day was Matthew 20:20-28. In this passage, Jesus teaches the disciples the true meaning of leadership and service. The love and sacrifice of Christ is our model for relationship with one another. Christ’s sacrificial love is not only the marker of a true disciple, but also the basis for our Christian unity. Although there are some doctrinal differences and cultural issues that divide Christian groups, it is Christ’s love that unifies us. To seek unity within the broader body of Christ requires us to humble ourselves to learn from one another, and to desire reconciliation of relationship. To view the recording of the thematic plenary on Wed 7th September in which I participated, click here.

Throughout the General Assembly I made many new friends from many contexts. When I introduced myself, there was usually one of two responses when people learnt I was a Pentecostal. The first common response was that they also identified as being Pentecostal in their spirituality, such as a charismatic Anglican Bishop from Africa. The second common response was to share of conflicts or disunity with Pentecostal groups in their region, particularly in relation to issues such as perceived proselytism as shared by a leader in the Reformed community in South America. So, there while there are many areas of mutual enrichment there are also many challenges that we face in the journey towards unity at global and local levels. Yet, what brings us together is Christ’s love and our common mission to reach the world with that love.

My function at the WCC General Assembly was also to participate as an official observer as part of a delegation of the Pentecostal World Fellowship (PWF). The PWF is not a member of the WCC but has recently created a Christian Unity Commission (CUC) to represent the WCC at ecumenical events. I have recently been appointed to the CUC, chaired by Ps David Wells of the Pentecostal Assemblies of Canada, and look forward to working with this Commission.

Appendix 1: Some photographs from 7 Sept Thematic Plenary of the WCC 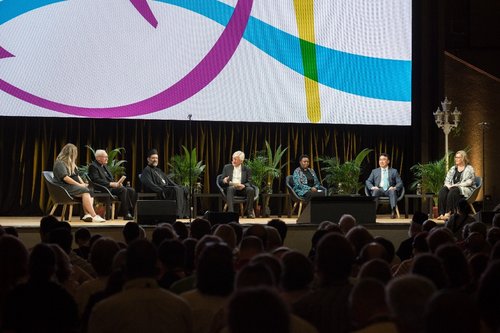 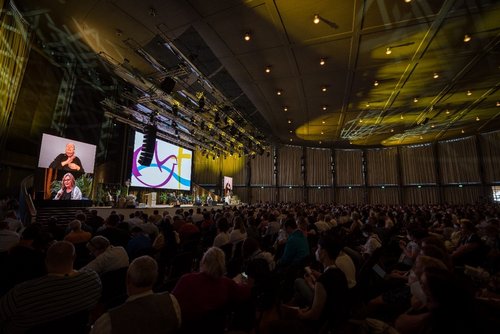